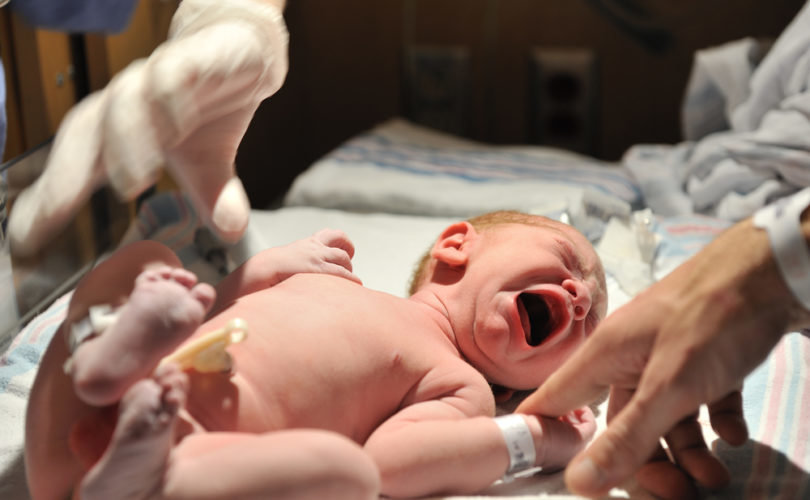 February 27, 2019 (LifeSiteNews) – A pro-life obstetrician-gynecologist said that it was shameful that Democrats refused to support a bill earlier this week that would have protected babies born alive after a failed abortion.

On Monday, the Senate failed to reach the number of votes necessary for the Born-Alive Abortion Survivors Act to overcome the current filibuster rules and pass. The final vote of 53-44 fell largely along party lines, failing to reach the necessary 60 votes. Three Democrats did, however, cross the aisle and vote with Republicans on the bill. They were Sens. Joe Manchin of West Virginia, Bob Casey of Pennsylvania, and Doug Jones of Alabama. The bill required abortionists to provide medical care for babies who survive abortion.

Commenting on the bill, Dr. William Lile said, “The fact that Democrats say that a baby that is strong enough to survive an attempted abortion, and comes out kicking, screaming, and has a heartbeat, that it is now a decision to be left to the mother and the physician is just crazy.” Repeating a catch-phrase from his website, the doctor said, “The patient is a person no matter how small.”

Lile is a board-certified physician who practices obstetrics and gynecology in Florida and Alabama. He stressed in his video that preborn and just-born babies are patients and worthy of medical care despite the position taken by Democrats and abortion advocates.

On his Facebook video, Dr. Lile displayed a position paper by the American College of Obstetricians and Gynecologists (ACOG) on informed consent and patients’ rights. Quoting from the paper, he said, “‘Seeking informed consent expresses respect for the patient as a person; it particularly respects a patient's moral right to bodily integrity.’”  Dr. Lile went on to note from the paper that because the baby is not able to provide consent, a “surrogate decision-maker should be identified to provide a ‘substituted judgment’ (a decision based on what the patient would have wanted.’”

“The baby is the patient, the baby would not want to be killed,” he said.

Quoting again from the ACOG paper, Dr. Lile said, “If the patient's wishes are unknown, the surrogate makes a decision according to the ‘best interests’ of the patient.”

“Death is not in the best interests of the patient, and the baby/patient would not choose death as their best interest. This is very clear,” he added.

“Shame on the Democrats,” Dr. Lile said in the video, “for saying that the baby on the outside, let alone the baby on the inside, is not a person, because they are clearly patients.” He reiterated, “A patient is a person, no matter how small.”

On his website, Dr. Lile wrote how he treats preborn patients while they are still in the womb. “When I see a pregnant patient in my office, I am following two patients. The baby shares only half of its DNA with the mother. The other half comes from the father. The mother is the life support system for the baby, but the baby is a new person.”