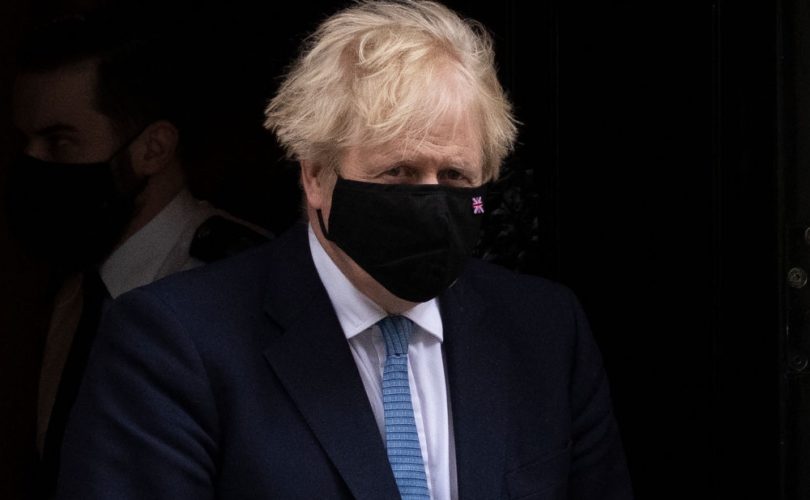 LONDON (LifeSiteNews) — The U.K.’s Office for National Statistics has noted that just 6,183 people died with only COVID-19 on the death certificate, a figure far lower than mainstream media and government reports of over 150,000 deaths.

The figures were released on January 17 as part of a Freedom of Information Request asking for the numbers of “deaths caused solely by COVID-19, where COVID is the only cause of death listed on the death certificate, broken down by age group and gender between Feb 2020 up to and including Dec 2021.”

The ONS answer came in the form of a table, documenting the male and female deaths which had only COVID-19 listed on the death certificate in England and Wales since the start of the COVID-era.

The Daily Expose drew up charts to contrast the new ONS statistics with the mainstream reports of COVID-19 deaths over the same time period.

According to the ONS figures, a total of 111 deaths with only COVID-19 on the death certificate were reported among men and women under age 40.

Despite the U.K. government’s push for children as young as five to be offered one of the experimental injections to safeguard them from the virus, only 3 people under the age of 20 were reported to have died from COVID-19 alone since the start of the COVID-era. In contrast, there are already 3 reported deaths in the U.S. in the 5–11-year-old age group following a COVID jab, and 35 reported deaths among 12–17-year-olds following the jab.

However, mainstream media and official reports have regularly left out the clarification that such a high death count does not consist of deaths due solely to COVID-19. Other reports instead place such a clarification further down in the report, though the headline suggests that the deaths are due to COVID alone.

Indeed, the Worldometer death tally simply lists all U.K. COVID-linked deaths as being solely due to the virus.

“…vast majority going into hospital with Covid but not for it” pic.twitter.com/AR8MrFB5cD

Another Freedom of Information Request related to COVID deaths was answered by the ONS in December 2021. The request read: “Please can you advise on deaths purely from covid with no other underlying causes.”

The figures which the ONS released differ from the figures it released a month later. The numbers from January 2022 were in response to a more detailed question Thus, the December answer documents a higher number of deaths than the January answer does.

According to the figures released in December, a total of 9,400 deaths were recorded in England and Wales during 2020 as being due to COVID-19 and with no pre-existing conditions. The majority of those deaths occurred in the over-65 age group, with 1,549 deaths being recorded in the 0–64 age group.

At the time of release, there were 7,971 deaths recorded in the first three quarters of 2021 as being due to COVID and with no pre-existing conditions. Further data released brought the 2021 total to 9,507.

Speaking to GB News’ Nigel Farage, Professor Karol Sikora, former WHO chief of the Cancer Program and a “leading expert in cancer,” contrasted these figures to the effects of lockdown. Sikora estimated that while the U.K. was locked down to limit deaths from COVID, an additional “50,000” deaths had occurred from cancer which could have been avoided without the lockdowns.

There is now abounding evidence of the harmful effects of lockdowns, which were advertised as a way to save lives.