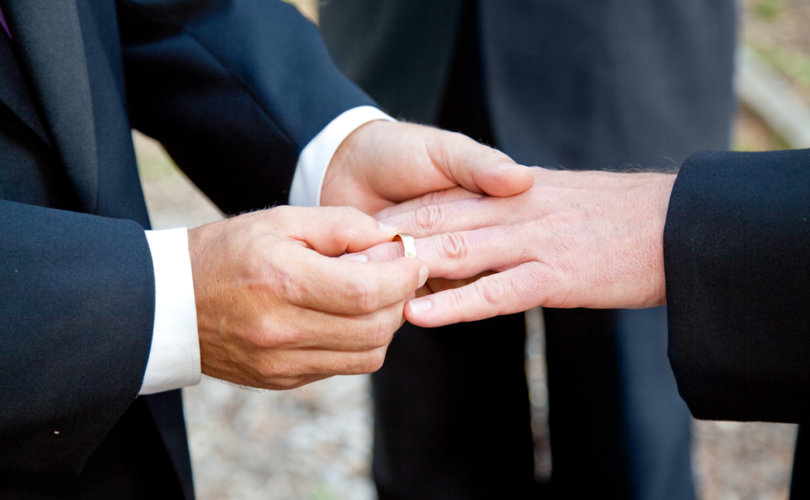 The Catholic Conference of Ohio (CCO) testified last week at a Statehouse hearing. HB-36 would protect pastors from forced participation in homosexual ‘marriages’ and allow churches to refuse to rent space for activities “that do not conform” to their “sincerely held religious beliefs.”

“Our understanding of religious liberty is the fundamental basis for our support” of the Pastor Protection Act, CCO associate director Jim Tobin told state legislators.

“The Catholic Church has a longstanding teaching on the sacredness of marriage, and specific requirements regarding the ceremony,” Tobin explained. He called the legislation “important … lest there be uncertainties and legal challenges to (our) First Amendment Right” to the free exercise of religion.

The Catholic Conference of Ohio confirmed the unanimous support.

“On February 21, the CCO testified before the House Community and Family Advancement Committee in support of HB-36,” executive director Carolyn Jurkowitz told LifeSiteNews. “We indicated that the Bishops of Ohio support the bill.”

Jurkowitz added that “several Catholic priests were among the clergy who testified in support of HB-36.”

“With countless other people of good will, [American Catholics] are concerned that efforts to build a just and wisely ordered society respect their deepest concerns and their right to religious liberty. That freedom remains one of America’s most precious possessions … All are called to be vigilant, precisely as good citizens, to preserve and defend that freedom from everything that would threaten or compromise it.”

Vitale added that the state is home to more than 2.3 million Roman Catholics, or 19 percent of Ohioans.

The Catholic Conference of Ohio is the official representative of the Catholic Church in public matters. It represents the Church's position before the Ohio General Assembly, various state departments, bureaus, agencies and other organizations.

Jurkowitz explained that the CCO's Board of Directors “is composed of every Roman Catholic bishop exercising jurisdiction in Ohio.”

Critics of Ohio's Pastor Protection Act, including some liberal mainline Protestant pastors, say it is “redundant and unnecessary.” The ACLU of Ohio argues that the bill does not define “religious societies” and could allow groups loosely affiliated with religion to prohibit use of public areas for weddings.

The LGBTQ group “Equality Ohio” is staunchly against the bill. In an NPR debate, the group’s leader admitted the goal is to force churches to rent their facilities to homosexuals for receptions, weddings, dinners, and meetings.

“We know what this is really about: insulting same-sex couples,” the HRC website stated.