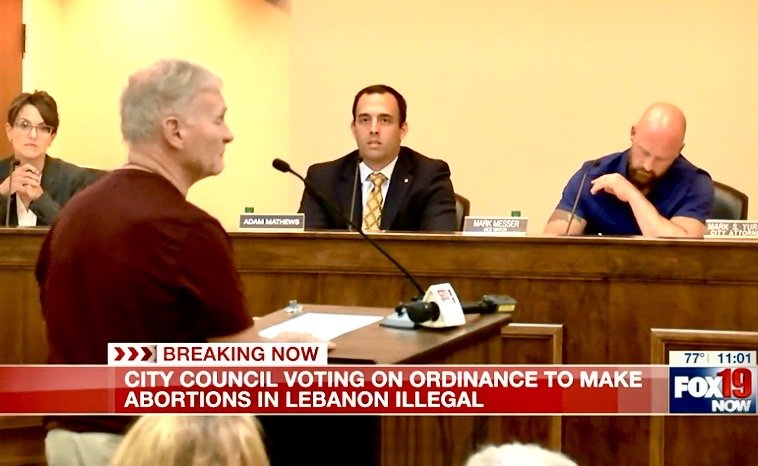 LEBANON, Ohio, May 26, 2021 (LifeSiteNews) – The city of Lebanon, Ohio, unanimously voted to outlaw abortion in order to protect both mothers and their babies.

According to Lebanon mayor Amy Brewer, the decision, made on Tuesday evening, will be enforced immediately, The Cincinnati Enquirer reported. While there are currently no abortion facilities in the city, the ordinance aims at stopping all abortions, including mail abortions.

Mark Lee Dickson, founder of Sanctuary Cities for the Unborn, said, “Cities must be prepared. The future of the abortion industry is not necessarily brick and mortar but abortion by mail or abortion by vending machine at a school or outside of a grocery store.”

“We are clearly saying in our community we do not think it is in our best interest to open a clinic or a hospital that does abortions,” Brewer said. “We are elected to make decisions based on what's good for our community today.”

Violations are punishable by up to six months in jail and a $1,000 fine. However, pregnant women are exempt from prosecution.

Mark Harrington, president of Created Equal and director for the Ohio initiative, said, “Joe Biden has stated he wants abortion in every zip code in America. Hence, citizens across the country are preventing abortion from being committed in their communities. Ohio is once again taking the lead to protect children, and more cities are joining this movement every week!”

This decision brought an uproar of responses from abortion activist groups. City Council member Krista Wyatt resigned in protest before the meeting took place. She claimed that “as a respectable, decent human being, I can no longer allow my name to be associated with the Lebanon City Council.”

Similarly, Planned Parenthood and the ACLU of Ohio have condemned the ordinance, with the ACLU threatening a legal challenge.

“This hyper-local strategy is another attempt by anti-abortion extremists to stigmatize and ban abortion in Ohio, by whatever means necessary,” said Freda Levenson, the legal director for the ACLU of Ohio.

With the ordinance, Lebanon is joining the ever-growing pro-life movement across America. Recently, cities are seeing an increasing number of pro-life bills either limiting or outlawing abortions. Approximately 20 other cities, all in Texas, have declared themselves “Sanctuary Cities for the Unborn.”