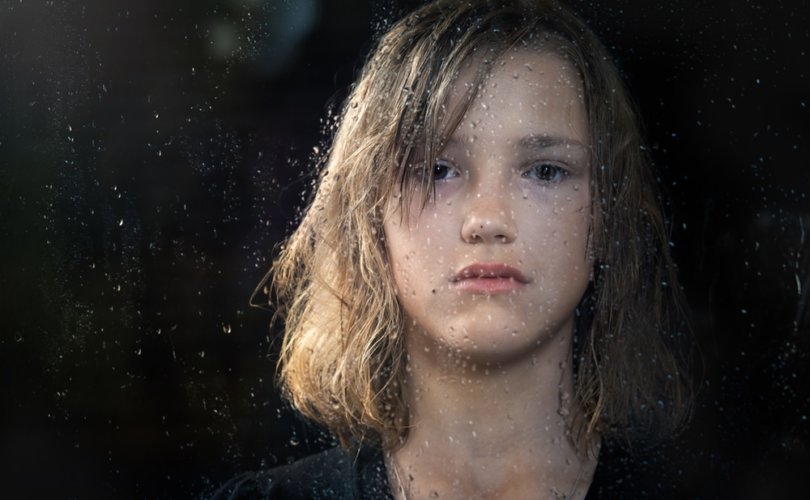 CINCINNATI, Ohio, February 26, 2018 (LifeSiteNews) – Ohio family and life advocates gathered Monday morning to oppose the government removal of a child from her parents’ custody so that she can take hormones for so-called gender transition – calling the case a “dangerous affront to the rights of parents and the health and well being of children.”

Ohio-based pro-family advocacy group Citizens for Community Values and Right to Life of Greater Cincinnati held a press conference on the Hamilton County Courthouse steps in Cincinnati to announce legislative and other action in response to what’s being called an unprecedented move against parental rights by a judge.

The legislation and call to action are due to Hamilton County Judge Sylvia Hendon’s ruling to remove a minor girl from her parents’ custody, and place her with her grandparents so that Cincinnati Children’s Hospital can administer “sex-change” drugs.

Hendon awarded full custody to the girl’s maternal grandparents earlier this month after her parents did not agree to “transition” treatment because they do not feel it is in her best interest.

“What we saw happen in Hamilton County court just two weeks ago was Judge Sylvia Hendon remove the child from parents’ custody solely because the parents would not consent to giving that child dangerous and untested gender-suppressing, gender-manipulating, hormone-manipulating drugs,” said Aaron Baer, president of Citizens for Community Values. “Never before in American history has this happened that we know of.”

Paula Westwood, executive director of Right to Life of Greater Cincinnati, said Hendon’s ruling was a blow to parents’ rights.

“When juvenile court Judge Sylvia Hendon awarded full custody of a troubled teen girl identifying as a boy to her grandparents and permitted furthering the teens’ desire for a sex change, Judge Hendon dealt a sucker punch to parental rights,” Westwood said.

Ohio Rep. Tom Brinkman joined the two groups at the press conference, along with church leaders, families, and others.

Brinkman will be introducing legislation to ensure that a minor child cannot be removed from parents’ custody to give him or her “gender transition” drugs, Baer told LifeSiteNews.

“Our kids can’t buy cigarettes or alcohol due to health risks,” Johnston said. “Yet they are being prescribed dangerous and untested gender transition drugs that are not approved by the FDA. Unacceptable!”

Westwood was also critical of Hendon’s ruling in its call for lawmakers to act to give minors the ability to obtain “transition” drugs.

“Judge Hendon’s ruling is even more extreme in that she charges legislators to draft a criteria to help the courts decide whether and when minor children have a right to obtain sex change drugs without parents’ intervention,” Westwood said. “Judge Hendon’s call for legislative involvement in minor gender confusion is a Big Brother move.”

“She implies that government officials and so-called medical professionals who are willing to help a child self-harm – and profit from such despair – care more about her than the parents who gave her birth, raised her, and love her,” Westwood continued.

Baer called upon Ohio residents to hold accountable candidates running for office in the upcoming May primaries and the November general election.

“This isn’t just an issue of bad science and parental rights,” Baer said. “It is also a religious freedom issue!”

The two groups were also in the process of filing a medical complaint Monday afternoon regarding the treatment of minors with gender reassignment drugs, he told LifeSiteNews.

“This is big business for somebody,” Baer said, but it’s not in the best interest of children.

Hendon’s ruling indicated the only thing the girl’s parents would not consent to is giving their daughter the puberty-suppressing, hormone-manipulation drugs, Baer noted for those at the press conference. He pointed out that the drugs have never been given approval for this usage, nor have they undergone testing to determine the long-term impact on either children or adults.

Baer also questioned the reasoning behind Hendon going out of her way to take the child from her parents, “and set this dangerous precedent,” given the girl is due to turn 18 in the next few months.

He noted that Hendon’s ruling said 100 percent of the time at Cincinnati Children’s Hospital, when a child is found to have gender dysphoria or gender confusion the hospital prescribes the drugs.

“That sounds a lot more like ideology than biology,” Baer said. “We need to put medical health and safety standards first.”

Hendon suggested to lawmakers in her ruling that they legislate standards “by which the Court is able to judge and act” upon a minor’s request for treatment “to give a voice and pathway to children in similar situations.”

“There is certainly a reasonable expectation that circumstances similar to the one at bar are likely to repeat themselves,” she said. “The Legislature should consider a set of standards by which the Court is able to judge and act upon that minor's request based upon the child's maturity.”

Hendon gave credence to the concept of gender fluidity in her ruling, writing, “The family would have been best served if this could have been settled within the family after all parties had ample exposure to the reality of the fact that the child truly may be gender nonconforming and has a legitimate right to pursue life with a different gender identity than the one assigned at birth.”