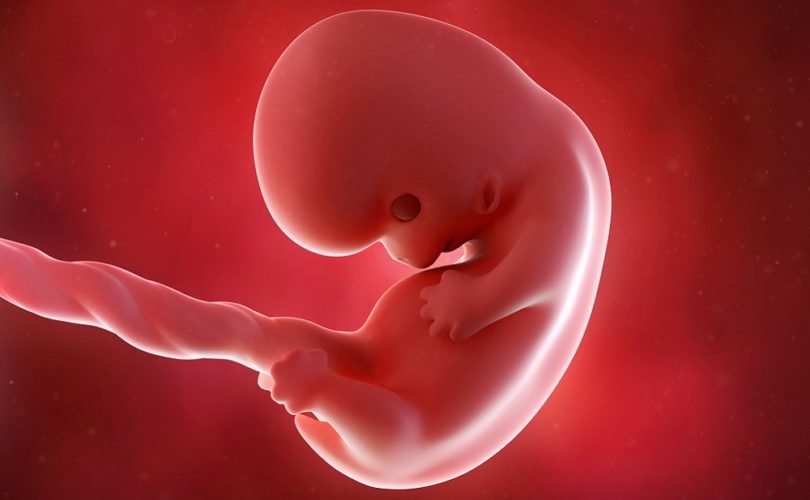 COLUMBUS, Ohio, July 8, 2019 (LifeSiteNews) – Pro-life lawmakers in Ohio have introduced legislation requiring that fetal development information be taught in public schools, with the expectation that more scientific information about prenatal humanity will increase understanding and respect for human life.

The program must contain “accurate, scientifically verifiable information concerning the probable anatomical and physiological characteristics of the unborn child” at numerous gestational intervals, though local school boards will have the final say on whether to use it. The bill forbids officials from “consult[ing] any organization that provides abortions” in developing the program.

HB 90 also requires the state health department to release to the public fetal development materials that “clearly and consistently state that abortion kills a living human being,” maintain a list of pregnancy, childbirth, parenting, and adoption resources, and forbids educators from “refer[ring] a student to a medical facility or any provider for the performance of an abortion.”

“When we are able to more clearly see the scientific reality of life in the womb, we are also able to understand the brutality and inhumanity of abortion,” Ohio Right to Life legislative affairs director Jessica Warner testified in support of the bill, the Toledo Blade reports.

Opponents of the bill attacked it for “imposing” pro-life beliefs in public schools but not mandating information on subjects like contraception, and for barring the state from consulting the abortion industry (which has a financial stake in discouraging awareness of preborn humanity).

“Several of the people that spoke [at the June hearing] were not familiar with the bill and what the bill’s goal was,” said Republican state Rep. Derek Merrin, chairman of the Ohio House Health Committee. “It was apparent that many of them had not even read the bill; the bill is just simply to have medical professionals from the department of health develop standards.”

Long-settled biological criteria and numerous mainstream scientific and medical textbooks establish that a living human being is created upon fertilization and is present throughout the entirety of pregnancy. Many abortionists and some pro-abortion activists admit as much, but argue for killing preborn children anyway by claiming they lack human rights and/or drawing a philosophical distinction between humans and persons (arguments pro-life philosophers have extensively challenged).

Evidence suggests that spreading information about when life begins has a powerful impact on support for life. A 2011 study by Quinnipiac University’s Mark Gius concluded that laws requiring that abortionists offer women considering abortions the chance to view ultrasounds first has a “very significant and negative effect on the abortion decision.”