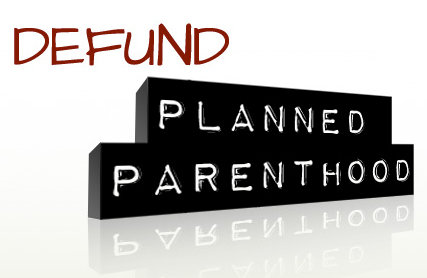 March 12, 2019 (LifeSiteNews) – The state of Ohio may proceed with its efforts to defund the Planned Parenthood abortion business, a majority of the 6th Circuit Court of Appeals ruled as the legal battle over a 2016 law enters its third year.

Last April, a three-judge panel of the 6th Circuit ruled that the state could not forbid the distribution of federal health subsidies to any entity that commits or promotes elective abortions, a move which would have defunded 28 Planned Parenthood facilities and deprived Planned Parenthood of Greater Ohio and Southwest Ohio of almost $1.5 million.

Judge Helene White claimed at the time that Planned Parenthood had a “due process right” to commit abortions, and that making tax dollars contingent on not doing so violated its “right not to be penalized in the administration of government programs based on protected activity outside the programs.”

In the majority ruling, Judge Jeffrey Sutton concluded that the “affiliates do not have a due process right to perform abortions.”

“Governments generally may do what they wish with public funds, a principle that allows them to subsidize some organizations but not others and to condition receipt of public funds on compliance with certain obligations,” Sutton explained, unless it does so “on a basis that infringes [a recipient’s] constitutional rights.”

However, while the U.S. Supreme Court currently claims (incorrectly) that the 14th Amendment bars states from imposing “undue burdens” on abortion “access,” Sutton explained that it doesn’t follow that the abortionists have a “freestanding right” to perform them.

“Whatever constitutional status the doctor-patient relation may have as a general matter,” Sutton quotes the Supreme Court as ruling in 1992’s Planned Parenthood v. Casey, “in the present context it is derivative of the woman’s position.”

Politico notes that the ruling frees Ohio to cut abortion organizations out of six state-level health programs but not Medicaid; last December, the Supreme Court declined to hear Kansas and Louisiana’s appeals defending their efforts to cut Planned Parenthood out of the federal program.

“This ruling is a major victory for pro-life Ohioans and all Americans fighting to keep their own tax dollars from being used to prop up the abortion industry,” Susan B. Anthony List President Marjorie Dannenfelser responded. “The American people have repeatedly expressed their opposition to taxpayer funding of abortion businesses like Planned Parenthood, which destroys more than 332,000 innocent unborn children a year – funding that could be redirected to life-affirming care providers, such as the growing number of community health alternatives that outnumber Planned Parenthood facilities at least 20 to one nationwide.”

The pro-life defunding law was defended in court last year by Republican Attorney General Mike DeWine, who has since become the state’s governor and is currently waiting for the state legislature to send him a bill to ban abortion as soon as a fetal heartbeat can be detected.