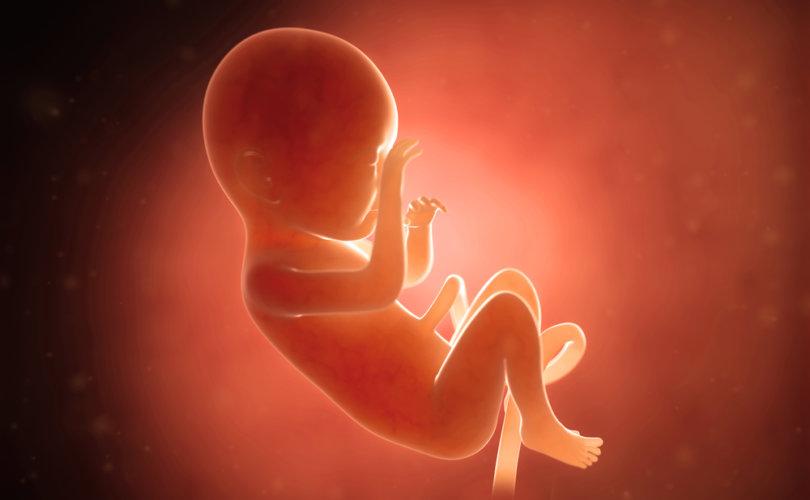 The new state law was passed last year and signed by Ohio Gov. John Kasich in December. It restricts abortions at 20 weeks or greater or when the unborn child can feel pain.

Physicians could face fourth-degree felony charges and up to 18 months in prison for violating the law. Women and the fathers of unborn babies also could sue doctors for performing illegal abortions.

“The 20-week ban … challenges the current national abortion standard and properly moves the legal needle from viability to the baby’s ability to feel pain,” he said.

Planned Parenthood called the Pain-Capable Bill “unconstitutional” but did not legally challenge the law.

On the same day that Gov. Kasich signed the Pain-Capable Unborn Child Protection Act in December, he vetoed the “Heartbeat Bill,” which would have protected children in the womb much earlier, as soon as their heartbeat can be detected.

Many scientists believe babies can feel pain much earlier than 20 weeks. Dr. Steven Zielinski's three decades of research has shown that babies in the womb can feel pain at “8 ½ weeks and possibly earlier.” Zielinski specializes in the concept of fetal pain.

At six to eight weeks from conception, a baby reacts to touch. By 18-20 weeks, all pain receptors (nociceptors) are present and nerves link these receptors to the brain’s thalamus and subcortical plate. Studies have shown pre-born babies recoiling and releasing stress hormones from painful stimuli.

Dr. Malloy explained that administering pain medication for babies from 20 weeks’ gestation on is standard medical practice “because it’s supported by the literature completely.”

Abortion activists argue that to feel pain, the cerebral cortex must be neurologically mature, but modern science has refuted that notion. Even children born without most of their cerebral cortex still feel pain.

The Roe v Wade standard of “viability” in the 1970s was about 26 weeks, but advances in medical care have steadily moved “viability” earlier.  Today, “viability” is generally considered about 24 weeks, but Dr. Malloy noted in her Senate testimony that babies are surviving outside the womb as young as 20 weeks gestation.