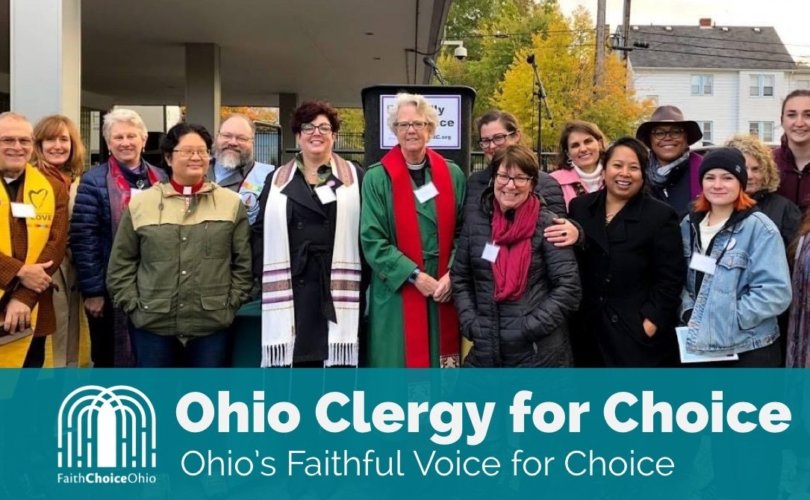 AKRON, Ohio (LifeSiteNews) – Two groups of Ohio pastors and clergy have helped organize carpools for women to get out-of-state abortions in the wake of the state’s heartbeat law going into effect.

Women are traveling to Pennsylvania for abortions with assistance from Ohio Clergy for Choice, a group of pro-abortion pastors, and Faith Choice Ohio, a group that holds abortion to be a moral, religious good, according to Rev. Terry Williams.

“The clinics had to call people on Friday and say, ‘You can’t come in tomorrow. You can’t come in tonight,” Williams told the Akron Beacon Journal. “When that happened, there were multiple carpools of individuals from Akron, Canton and over into Youngstown that drove people to Pittsburgh or up to Erie to be able to get abortion care.”

Last year, Faith Choice Ohio started offering training sessions dealing with self-managed abortions. Last month, the group started a fundraiser for women seeking abortion. The fund, called the Jubilee Fund for Abortion Justice, was set up as a religious organization so that the state of Ohio would not be able to prosecute the group if legislation is passed to seize money collected to fund abortion.

Ohio Clergy for Choice was established in 2019 as a reaction to Ohio’s heartbeat law, which bans abortions after six weeks, when a baby’s heartbeat can be detected in an ultrasound. The group drafted a letter to the Ohio legislature that explained “the decision to have an abortion should not be restricted by elected officials.”

“We oppose the enshrinement of any faith strictures as public policy,” the letter continued. “We value real religious liberty, which upholds the right of each person to make their own faith- or conscience-based healthcare decisions.”

“Our religious principles are grounded in love and acceptance of all people, and we believe deeply that means ending the shame and stigma associated with abortion and increasing access for all people to access a full range of reproductive healthcare options.”

The United Church of Christ (UCC), to which Williams belongs, has supported abortion since the 1960s, according to the group’s website. UCC published an article defending abortion called “Let’s Talk About Abortion” in February 2021. According to the article, “as soon as abortion became legal through Roe in 1973, there has been a sustained effort to politicize and polarize the issue using the language of faith.”

“In fact, when looking closely through the lens of faith, there is assurance for me that Jesus would support access to the health care that enables a thriving life,” the article continued. “It is irresponsible to assume that Christianity is inherently anti-abortion.”

Last week, the Ohio Supreme Court refused to impose a stay on the state’s heartbeat law pending a lawsuit from abortion providers claiming that the law violates the state constitution. “Regardless of whether one interprets the Ohio Constitution through an originalist or living-constitutionalist lens, the Constitution does not confer any right to abortion,” pro-life state Attorney General Dave Yost said in response to critics calling the court’s decision “draconian.”

Several Ohio businesses, including the Cleveland Cavaliers, have vowed to pay for employees’ travel expenses for abortion after the Supreme Court’s overturn of Roe v. Wade last month.