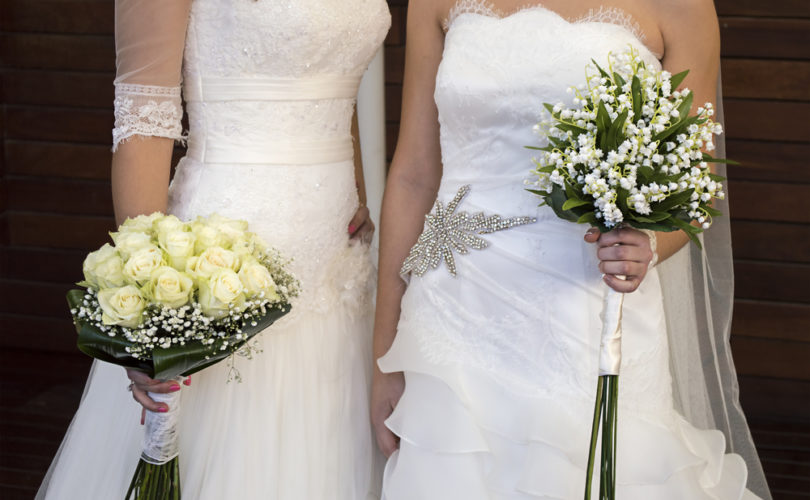 COLUMBUS, Ohio, February 22, 2017 (LifeSiteNews) — At the same time as Ohio legislators consider a bill to protect the religious freedom of churches and pastors, a prominent Ohio gay activist has admitted that her group does indeed want to force churches to rent their facilities to homosexuals for receptions, weddings, dinners, and meetings.

The surprising admission came as legislators are debating Ohio Pastors Protection Act (HB-36). The bill would protect pastors from forced participation in homosexual ‘marriages’ and allow churches to refuse to rent space for ceremonies or activities “that do not conform” to the church’s “sincerely held religious beliefs.”

Rep. Vitale explained to LifeSiteNews, “Basically, I've been trying to get them to admit that they are going after church facilities.”

During the NPR interview, Vitale asked if churches should be legally forced to rent to someone who wants to use their facilities for something that's against their church's belief system.

“Yes,” Jochum answered. That facility “should be open to everyone.”

Jochum pointed out that church facilities are often used by the public for such things as voting, Boy Scout meetings, AA sessions or wedding receptions. Therefore, Jochum said, church facilities should be considered “public accommodations” and fall under obligatory gay-inclusive “civil rights norms.”

Rep. Vitale concluded that Equality Ohio intends to force churches to rent their facilities to groups that oppose their beliefs.

“It's quite clear that they're coming after churches,” he told LifeSiteNews in a phone interview.

Vitale added that Jochum said she believes “a religious faith community does not have religious liberty on their own property.”

The state caucus met Tuesday evening to decide how to proceed with HB-36. They decided to “whip the vote,” which means they will tally each state representative this weekend to find out how many support the bill.

“Basically, concerned Ohio citizens have until 4 p.m. this Friday to call their representatives,” Vitale told LifeSiteNews. “If we don't get enough representatives saying they support the Pastors Protection Act, the bill will not come to the floor.”

Critics say the gay takeover move would not just affect homosexual “weddings.” Conservatives believe the bill's defeat would open the door to any group, such as Planned Parenthood or a pro-euthanasia group, to legally force a church to allow it to use its facilities.

Cleveland Right to Life's Molly Smith said that even if a church sued to stop the gay bullying and won, “the legal bill would be expensive.”

Smith said the Pastors Protection Act is needed to affirm that “pastors have the right to decide what activities may take place in their church buildings and on their church property.”

She told LifeSiteNews via email that homosexual activists are “putting unbelievable pressure on anyone who is supporting this common sense bill.”

“Tell your representative to vote FOR the Pastors Protection Act,” he said.