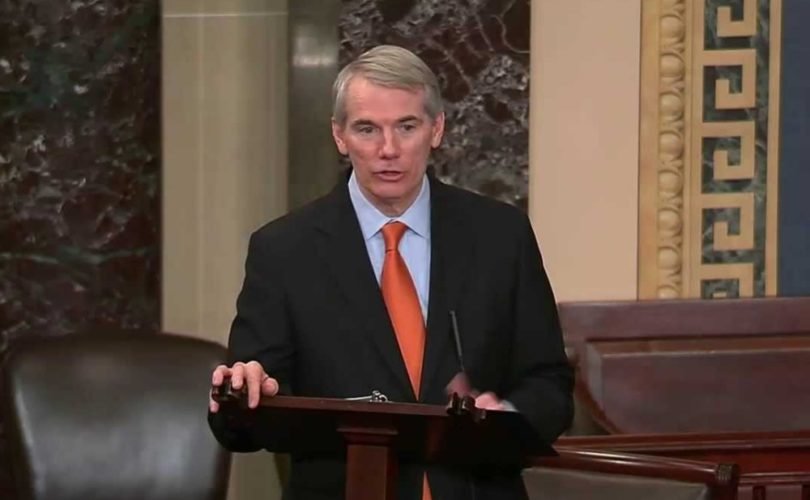 GREENE COUNTY, Ohio, January 20, 2016 (LifeSiteNews) – A year ago, Sen. Rob Portman, R-OH, released a list of hundreds of state officials and others who backed his re-election campaign.

However, a minority of groups, including a county arm of the state's Republican Party and the state's most conservative pro-life group, have refused to endorse Portman because of his support for same-sex “marriage.”

In his release in January 2015, Portman cited his campaign's finances – $5.8 million on hand at the time – and 250 GOP leaders, including Governor John Kasich, Attorney General Mike DeWine, and every other statewide leader in the party. The congressional delegation also stood behind the incumbent, including then-Speaker John Boehner.

And on Tuesday, Ohio Right to Life backed Portman, with Executive Director Stephanie Ranade saying that “the March 2016 primary is critical for Ohio's pro-life movement as we must retain, advance and promote those candidates for office who best exemplify our life-saving mission.”

“After weeks of screening and interviewing candidates, the Ohio Right to Life PAC strongly encourages pro-life Ohio to vote for these men and women,” continued Ranade. “Following seven years of pro-abortion activism from President Obama, every pro-life Ohioan should be moved to the polls and vote pro-life on March 15.”

The endorsements did not impress the Greene County Republican Central Committee, who this week said that their support was going to Portman's primary opponent, Don Eckhart – in part because of Portman's decision to support marriage's redefinition when his own son declared himself homosexual.

In their press release, the county's GOP leaders quoted Cincinnati-based Phil Burress of Citizens for Community Values, who said, “There are three non-negotiables for social conservatives – life, marriage and religious liberty. On my scorecard Portman scores a 'D' on life, 'F' on marriage and 'F' on religious liberty. Portman no longer deserves our support.”

Cleveland Right to Life had similar words for Portman shortly after last year's list of endorsements. “My advice to any true conservative officer holder is to say NO on principle, right up front, due to Portman's choice to go against the GOP national pro-marriage platform,” said president Molly Smith in a statement. “Remember, the marriage issue is one of the 'big two' for social conservatives. You don't need to pick up Portman's baggage.”

Portman has a 100-percent ranking from National Right to Life, which disassociated itself from Cleveland Right to Life after the latter group criticized Portman's marriage stance in 2013 and added a position on marriage to its platform.