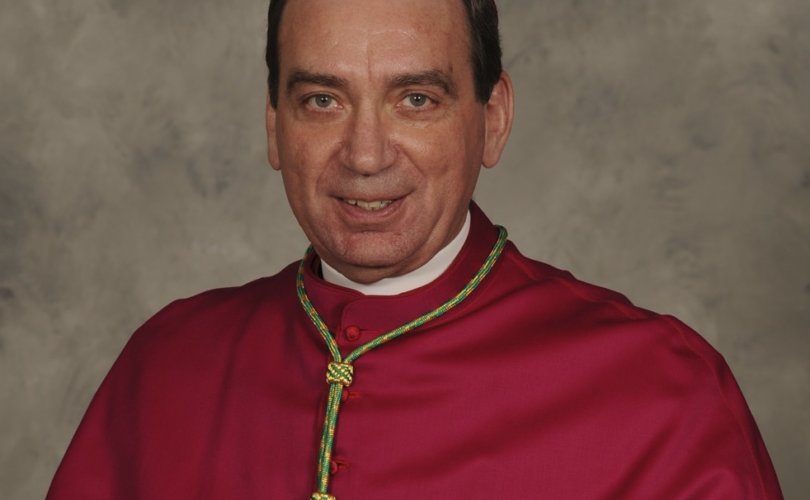 CINCINNATI, Ohio, February 2, 2016 (LifeSiteNews) – Cincinnati's archbishop led a pro-life vigil with a couple hundred pro-life supporters over the weekend, complete with a Mass and exposition and Benediction of the Blessed Sacrament, along with a pro-life procession and prayer outside a local Planned Parenthood.

Some 250 people, many of them youths, attended the Mass, celebrated Saturday by Cincinnati's Archbishop Dennis Schnurr at Holy Name Catholic Church in Mount Auburn, followed by a mini-pro-life march and rosary prayed outside the Mt. Auburn Planned Parenthood facility, located just a block or so from the church.

Catholics lined both sides of the street outside the abortion mill, according to Cincinnati.com, with simultaneous prayer conducted by walkie-talkie and some participants taking to their knees to pray.

Pro-life groups have been protesting that Planned Parenthood facility and its predecessor, which burned down, on Saturdays for decades, a spokesman for the Cincinnati archdiocese told LifeSiteNews. And while the event was not organized by the archdiocese – the group behind it is known as Life's Fifth Quarter, a relatively new pro-life organization that appeals particularly to young people to pray there on all the fifth Saturdays of the year – it is something Archbishop Schnurr and Cincinnati Auxiliary Bishop Joe Binzer have been happy to participate in.

“Archbishop Schnurr believes very strongly that youth are not just the Church of the future; they are the Church of today,” archdiocese spokesman Dan Andriacco said. “He takes a special joy, therefore, in joining young Catholics to pray peacefully for an end of abortion and cultivation of a culture of life.”

With engaging young people to stand up for life as one of the gathering's goals, there was significant representation from local Catholic high schools at Saturday's Mass and procession.

“If we get the youth involved in prayer, and they get out there, and we can take this nationwide – worldwide – this whole movement, we'll take down abortion,” said Rich Andolina, a Covington Catholic High School teacher and the director of Life's Fifth Quarter (L5Q).

Andolina's group formed in 2015 to harness the passion of area youths who had been to the March for Life in Washington, D.C., gathering on each of the four fifth Saturdays of the year for Mass at Holy Name Church, followed by the procession and prayer outside Planned Parenthood.

L5Q calls specifically upon local college, high school, grade school, home school, young adult, and youth groups, as well as seminarians, to turn out in large numbers and also asks adults from each parish to come out in support of the young people involved.

“This is not a demonstration nor is it a protest. Rather, it is all about prayer,” the group's information states. “We use our two most powerful spiritual weapons: The Eucharist and The Rosary.”

“Politicians see the youth, and they see the youth that are excited, and they know these people will come out and vote,” Andolina said of this past Saturday's gathering.” And that's what it's about – saving the lives of babies. Closing the abortion clinics. Doing it by prayer.”

Archbishops Schnurr and Binzer have stood for life publicly in the past, either taking part in the 40 Days for Life vigil or celebrating Mass at Holy Name before leading a pro-life procession to pray outside the Mt. Auburn Planned Parenthood.