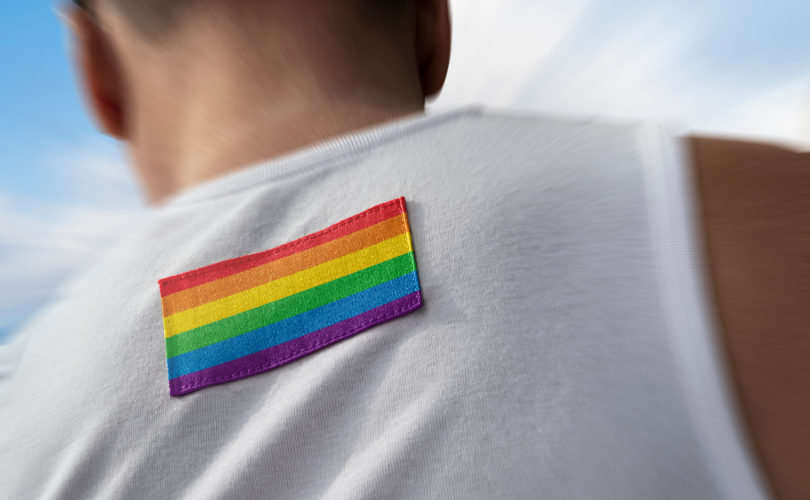 House lawmakers yesterday approved Senate Bill 187, which allows college athletes to profit from their “name, image, and likeness” (NIL). Just beforehand, however, Republicans amended the bill to add a section banning biological males from competing against females in high school and college sports, according to local news reports.

Rep. Jena Powell, R-Arcanum, introduced the amendment Thursday night, sending the Ohio House into chaos as Democrats banged on their desks and tried to disrupt proceedings.

Powell, along with Rep. Reggie Stoltzfus, R-Paris Township, had sponsored a bill titled “Save Women’s Sports Act,” though it had stalled in committee for months. Unlike the Senate Bill 187 amendment, the Save Women’s Sports Act includes a provision banning all students, not just males, from competing on teams of the opposite sex, as well as a measure requiring input from medical professionals in disputed cases.

The House passed the sports fairness amendment by a 54-40 vote. Senate Bill 187 ultimately passed 57-36, with one Republican joining all Democrats in opposition.

The amended bill now will go to the Senate, though Republican senators have signaled unwillingness to support the new provisions. The Senate on Thursday modified legislation about military IDs that the House already OK’ed, adding “name, likeness, and image” language and unanimously voting to send it back to the lower chamber without Powell’s amendment.

Sen. Niraj Antani, R-Miamisburg, sponsor of SB 187, tweeted Thursday that he will “strongly pursue” an NIL bill “by the July 1, 2021 deadline,” making no mention of the transgender ban. The Ohio legislature goes into recess on July 1, by which time Republican senators and other supporters of Senate Bill 187 wanted to pass a final version, The Columbus Dispatch reported.

Republican Gov. Mike DeWine also noted his disapproval of the amended version of Senate Bill 187. “This issue is best addressed outside of government, through individual sports leagues and athletic associations, including the Ohio High School Athletic Association, who can tailor policies to meet the needs of their member athletes and member institutions,” DeWine, who is up for re-election next year, said in a statement on Friday.

Dan Tierney, a spokesman for the governor, did not confirm whether DeWine would veto a bill prohibiting transgender-identifying males from girls’ sports. “It’s premature to comment since it’s still working through the legislative process,” Tierney said, according to cleveland.com. Gov. DeWine has been known for accommodation on LGBT issues, as with an executive order he promulgated in 2019 that placed “gender identity” among protected classes like race and age.

The Ohio High School Athletic Association (OHSAA) currently allows gender-confused males to compete against females if they have taken hormones for at least one year or if they can present “evidence” that they do not possess “physiological advantages” over females. Research shows that males outperform women in physical competitions after even multiple years of hormone drugs, however.

The OHSAA has approved 48 cases of gender-confused students seeking to compete in high school sports, including 11 males, since September 2015, the Associated Press said.