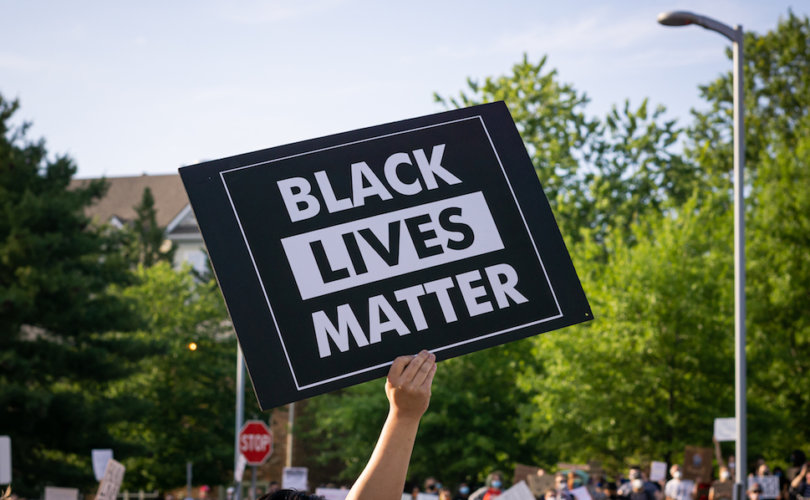 Mentor School District (MSC) in Lake County held the session, entitled “Curriculum for Social Justice: Examining What We Teach and How to Critique it,” according to a report by Parents Defending Education (PDE), an organization dedicated to fighting critical race theory (CRT) and gender ideology in schools.

The session was apparently provided to MSC by BetterLesson, an organization that helps districts to implement “equity” and “inclusivity” in schools.

One slide, entitled “Today’s Session,” teaches teachers to consider “How can I be a co-conspirator while using a curriculum rooted in whiteness?” The presentation defines a co-conspirator as “a person whose actions combat racism through direct challenge to or subversion of racist structures and institutions.”

Teachers, according to the presentation, ought to act as “agent[s] of change,” willing to “unlearn,” “relearn,” and use an “auditing tool” to help “identify specific strengths and weaknesses within curriculum.”

Another slide, called “Self-Examination,” states “We all have the potential to be implicit or complicit in the systems we navigate which further perpetuate racism.” The slide also states that teachers should look to their role in the classroom and shape an “anti-bias lense” as they “continue becoming a co-conspirator and anti-racist.”

The slideshow also shows teachers how to “critique” curricula using alleged environmental impacts of capitalism and the “oppressive nature behind enforcing ‘Standard English,’” as well as how to be an anti-racist, a term coined by CTR theorist Ibram X. Kendi.

In his book How to Be an Antiracist, Kendi wrote, “There is no such thing as a nonracist or race-neutral policy … Every policy in every institution in every community in every nation is producing or sustaining either racial inequity or equity between racial groups.” Kendi’s book was used by the U.S. Navy to help “educate” sailors about “extremists.”

The slideshow also links to organizations that promote CRT. One, called Radical Math, issued a document that states that an aim of the organization is to turn students into political activists. The document, called “A Guide for Integrating Issues of Social Justice and Economic Justice into Mathematics Curriculum,” states, “No matter the experience, advantage, struggles, neighborhood, race, class, and gender of your students, learning math within a social justice framework is important for the understanding of both the math concepts and of the opportunity to be agents of change.”

Speaking to the Washington Examiner, Erika Sanzi, director of outreach for PDE, said about the MSC session that, “expecting teachers or anyone to ‘sit in their discomfort’ seems like a textbook definition of a hostile work environment.”

“Considering the sources used in this presentation, none of it is surprising, but this is a quintessential example of how teachers are being bombarded by critical race theory during professional development.”

MSD has been involved in CRT since at least 2020. William Porter, superintendent of MSC, said in June 2020 that “George Floyd’s avoidable and tragic death underscores a problem of systemic racism, which still permeates our society.” The district also has affinity groups, or groups that are segregated according to identity, called Cardinal Groups, that divide between black, military, and “LGBTQ+” families, as well as families impacted by COVID-19.

CTR has been an issue in Ohio schools since the middle part of the last decade. Testimony in the Ohio statehouse last June given by students and parents showed that CTR is taught in districts across the state. A bill was put before the Ohio State House that same month that sought to ban CTR and gender ideology from being taught in Ohio schools.

MSD did not immediately respond to LifeSite’s request for comment.