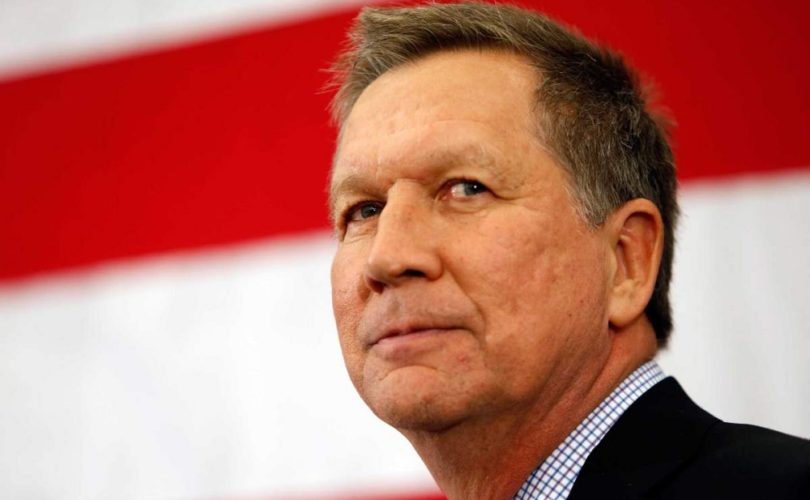 The bill redirects over $1.2 million every year away from abortionists to qualified health clinics for low-income women.

Barry Sheets of Right to Life of Greater Cincinnati explained, “Opponents mischaracterized the bill as taking away health care options from low-income Ohioans, whereas the reality is that there are ten times the number of federally qualified community health centers than Planned Parenthood outlets in Ohio.”

The bill is not a complete defunding of Ohio abortionists. A major source of income to Planned Parenthood and other abortion businesses is tax dollars from Medicaid. Abortionists still may receive Medicaid reimbursements.

Cleveland Right to Life's President Molly Smith explained, “We now look toward Governor Kasich to complete this work, by issuing an executive order disqualifying these entities from receiving Medicaid reimbursements.” Right to Life of Greater Cincinnati's Paula Westwood agreed: “Now the goal is for our legislative leaders to quickly address the far larger funding amount in Medicaid reimbursements to abortionists, which is a misuse of citizens' money.”

The bill already passed the Ohio House, and the Senate version now goes for “concurrence” to the House on February 10. Then the bill will go to Gov. Kasich for signature. Once signed, it becomes law in 90 days.

Planned Parenthood of Greater Ohio's Stephanie Kight refused to rule out a lawsuit if the bill is signed into law.

Ohio ProLife Action's Linda Theis stated, “We will continue to call on Governor Kasich to take quick action to guarantee that those who provide abortions will not be rewarded with taxpayer dollars, no matter what pot those dollars come from.”

Gov. Kasich is running for president, and in interviews he has backpedaled away from pro-life priorities, going so far as to say Republicans emphasize the issue too much and should not “box” themselves in against abortion. Kasich has been heavily criticized by pro-life groups for refusing to support the Heartbeat Bill, which would ban abortions once the baby's heartbeat is detected. Nevertheless, Kasich continues to say he is pro-life and is expected to sign the defunding legislation.