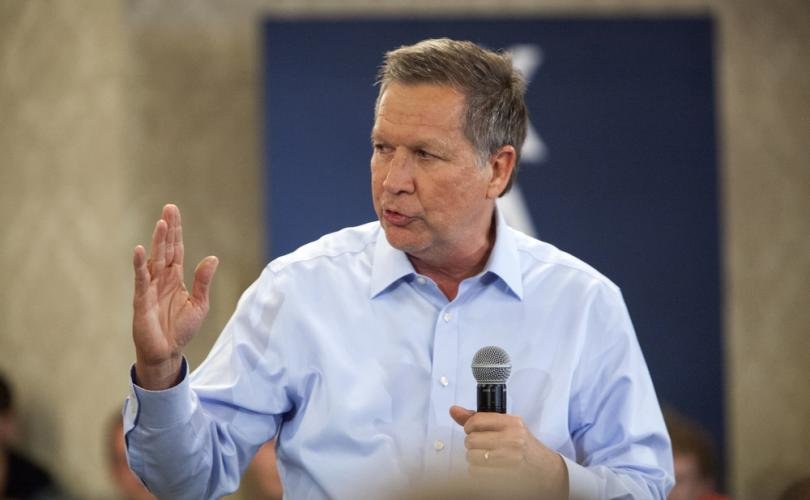 COLUMBUS, Ohio, January 3, 2019 (LifeSiteNews) – Pro-lifers in Ohio are furious after a last-minute reversal by a Republican lawmaker single-handedly sustained outgoing Gov. John Kasich’s veto of legislation to protect preborn babies as soon as their heartbeats can be detected.

In November and December, the Ohio legislature voted to pass House Bill 258, which would have banned abortions on any baby with a detectable heartbeat, except in cases of a physical threat to the mother. Preborn babies’ hearts finish forming around seven or eight weeks into pregnancy; violating physicians would face up to a year in prison.

Kasich vetoed the bill last month, claiming that while he has “worked hard to strengthen Ohio’s protections for the sanctity of human life,” HB 258 was “contrary to the Supreme Court of the United States’ current rulings on abortion.” Numerous pro-life leaders forcefully denounced the governor’s action, arguing that President Donald Trump’s judicial nominees have created an opportunity to challenge Roe v. Wade.

Last week the House mustered 61 votes to override the veto, but the Senate fell one vote short of the 20 needed, Statehouse News Bureau reports, amid pro-abortion protests and last-minute pro-life lobbying from Faith2Action president Janet Porter. Ohio Right to Life, which was previously neutral on the bill over concerns about its odds of legal success, declared on the morning of the votes that it was “now time to embrace the heartbeat bill as the next incremental approach to end abortion in Ohio.” (Ohio Right to Life has previously opposed the heartbeat bill.)

Yet five Republican senators – Bill Beagle, John Eklund, Gayle Manning, Matt Dolan, and Stephanie Kunze – crossed the aisle to vote with every Democrat against the pro-life measure. Beagle’s vote is a point of particular resentment among pro-lifers in the state, as he previously supported the bill.

“There’s a standard for a bill to pass and there’s a higher standard for it to be overridden. I just don’t think it met the standard,” he explained to NBC4, Breitbart reports. “Ultimately you have to vote your conscience and, again, I’ve supported the bill in the past and I’m a pro-life voter – and they may not consider me so after today – but I’ve always been there on their issues.”

“This is as much about Gov. Kasich and his relationship with the General Assembly, and Gov. Kasich has been supportive of me and I think we have a good working relationship and that weighs into the question as well,” he added. Kasich is leaving office on January 14, and Beagle left on December 31.

.@Bill_Beagle as the bill sponsor, I’d like to know more about your definition of a higher standard. How did my bill, vetted for 8 years, not meet your standard but a pay raise jammed into another bill did? Was defending innocent life too high an ask for 2weeks(2 votes)in a row? https://t.co/K6uXfV2RX9

“It is inexcusable how Beagle could vote for the Heartbeat bill in the Senate Health committee, and on the Senate floor the first time, then change his vote at the last minute,” Citizens for Community Values President Aaron Baer said. “He also gave no warning to the bill’s sponsors or proponents that he changed his mind.”

WOSU Radio adds that Beagle’s Facebook page has been “inundated” with comments from outraged constituents, including calls to fire him from a new position with Republican state Treasurer-elect Robert Sprague.

“This is not acceptable, and his betrayal should not be rewarded,” state pro-life activist Lori Viars said. “Bill Beagle lied.”

The good news for pro-lifers is that the heartbeat bill’s defeat is likely to be short. Incoming Republican Gov. Mike DeWine has already said he would sign a heartbeat abortion ban, making a version likely to become law sometime this year.