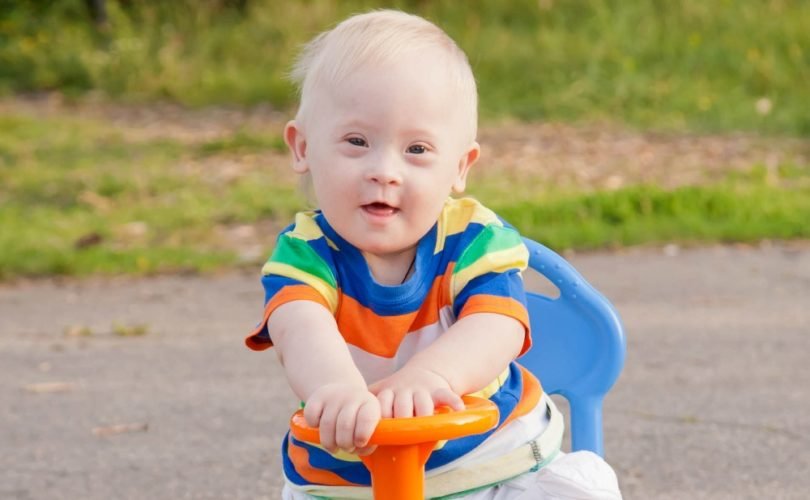 COLUMBUS, Ohio, August 23, 2017 (LifeSiteNews) – The Ohio Senate is considering a bill that would make aborting a baby because he has Down syndrome a fourth-degree felony.

Abortion lobby groups Planned Parenthood and NARAL strongly oppose it and are highlighting stories of pro-abortion parents who have children with Down syndrome.

Pro-lifers testified in favor of the non-discrimination bill, SB 164, on Tuesday. Sen. Frank LaRose of Ohio's 27th district is sponsoring the bill.

“Targeting and eliminating a population of people based on ignorance and fear is reprehensible,” Susan Hill, whose son has Down syndrome, told the legislators.

Abortion supporters will likely tesitfy against the bill after the fall recess, when a vote may take place.

“We shouldn’t eliminate suffering by eliminating sufferers,” Mark Harrington, national director of Ohio-based Created Equal, told LifeSiteNews. “Killing children suffering from Down syndrome is barbaric and reminds us of the words of Margaret Sanger, Planned Parenthood’s founder, who said, 'More children from the fit, less from the unfit.'”

The bill specifies that no one may commit an abortion on a woman “if the person has knowledge that the pregnant woman is seeking the abortion” because of a prenatal test indicating Down syndrome or “any other reason” to believe the baby has Down syndrome.

If a physician ignores the law, he will lose his medical license.

“Not surprisingly, SB 164 exposes the utter brutality of the abortion lobby,” said Harrington. “For once, it would be nice to have abortion advocates see past their dogmatic view of 'choice' and work to treat children with disease rather than target them for extermination.”

Earlier this month, CBS published a report about how Iceland is “eliminating” Down syndrome by aborting nearly 100 percent of babies prenatally diagnosed with it.

“Here in the United States we, too, highly disproportionately target babies who receive a positive Down syndrome test for abortion,” Jeanne Mancini, president of the March for Life, told LifeSiteNews. “The foundation of the pro-life movement is respecting the inherent dignity of every human person, regardless of disability, race, religion … and acknowledging that every life is a gift.”