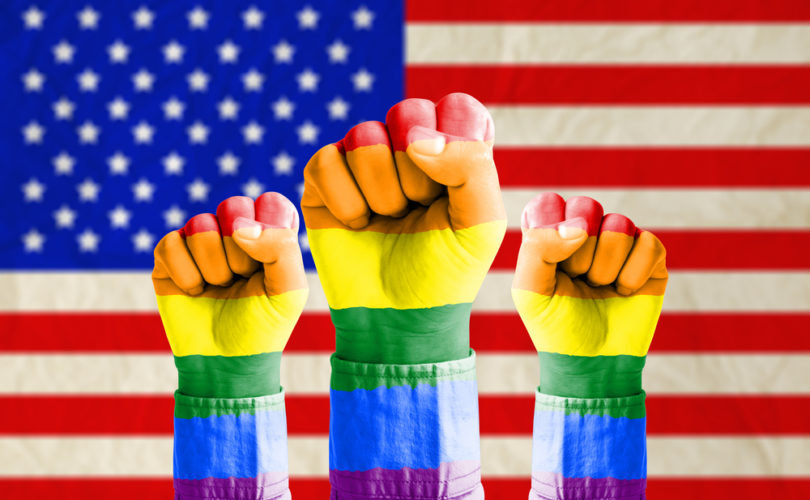 COLUMBUS, Ohio, December 7, 2018 (LifeSiteNews) – Students interested in becoming residential advisers at Ohio State University should be forced to undergo training geared toward LGBT “inclusion,” according to a resolution passed last week by the student government.

The body of undergraduate student leaders voted November 29 to recommend that all RAs be required to submit to “Safe Zone” training before interacting with students on their floors, student newspaper The Lantern reports.

RAs are already required to take “Open Doors” training, which is about “bias” in general, but Safe Zone specifically “aims to create a more welcoming and more inclusive campus environment,” and better facilitate the “goal of supporting the diverse individuals and communities with minorized sexual and/or gender identities.”

“We found a gap in safety for students because not every LGBT student has a resident advisor who knows about LGBT issues or is comfortable advocating for that student who needs help,” said Ose Arheghan, the resolution’s co-sponsor who “identifies” as “non-binary.”

“We have these wonderful RA’s who haven’t been given the tools to really serve all the students in their constituency. This resolution fills that gap.”

She claimed that the training would help RAs understand “what it means to identify as LGBTQ and how they […] can be an advocate for those students in their constituencies,” as paraphrased by The Lantern. RAs who complete the training will receive an “Ohio State Safe Zone” decal to signify their support for LGBT issues.

The training materials, which can be downloaded here, contain a series of questions for reviewing a trainee’s “first impressions” of LGBT individuals and how such views “evolved” over time; a vocabulary list that (among other things) defines “cisgender” as the “expected” alignment of “sex assigned at birth and gender identity”; a list of terms to avoid including “born male/female” and “both genders”; a fill-in-the-blank “Genderbread Person” diagram; a list of non-LGBT “privileges”; and more.

The College Fix reports that campus spokesman Benjamin Johnson did not respond to multiple inquiries as to whether the school planned to force RAs to comply, or whether there would be any exemptions for students who object. Undergraduate Student Government President Shamina Merchant, Vice President Shawn Semmler, and Diversity & Inclusion Directr Kayla Wilson didn’t answer those questions, either.

The Fix also notes that a study previously published in the Journal of Educational and Psychological Consultation found that such training sessions tend to be recieve sparse attendance from faculty or students when participation is voluntary, with sessions devolving into “preaching to the choir.”

LGBT students aren’t the only group on campus OSU liberals want “safe zones” for. Last month, Campus Reform noted that the Student Advisory Council of OSU’s Morrill Scholars Program sent out an email warning that a then-upcoming speech by conservative commentator Ben Shapiro “has the potential to threaten the emotional and mental safety of much of the campus community.”