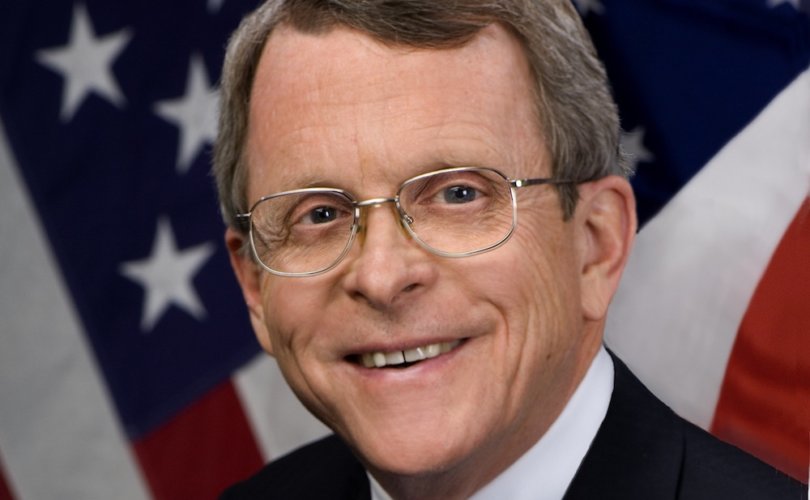 COLUMBUS, Ohio, January 25, 2019 (LifeSiteNews) – Ohio pro-lifers may have just suffered a narrow loss in their efforts to protect preborn babies with beating hearts, but their new governor has just reiterated that the bill has renewed hope and better odds of becoming law this year.

Last month, the state legislature came one vote short of the tally needed to override former Republican Gov. John Kasich’s veto of HB 258, which would ban aborting any baby with a detectable heartbeat, except in cases of a physical threat to the mother. Preborn babies’ hearts finish forming around seven or eight weeks into pregnancy; violating physicians would face up to a year in prison.

Despite claiming to be pro-life, the moderate Kasich argued the bill didn’t conform to existing Supreme Court precedent and wouldn’t survive a legal challenge. Pro-lifers were furious, but took heart in the news that Kasich’s successor, Republican Mike DeWine, was more receptive to the proposal.

“You have a great pro-life record. You are a friend of the unborn. Will you sign such a bill if it is passed again?” conservative radio host Hugh Hewitt asked DeWine in an interview Wednesday.

“Yes, absolutely,” the new governor answered, noting that when he was a U.S. Senator he loved hosting constituents who came to Washington, D.C. for the annual March for Life. “We will do this.”

DeWine added that as soon as it’s signed into law, “Planned Parenthood is going to be in the next day, or that day, filing a lawsuit. But ultimately, this will work its way up to the United States Supreme Court. And they’ll make that decision.”

While Kasich feared such an outcome befalling Ohio’s heartbeat bill, its pro-life supporters note that most pro-life laws are sued anyway, and many are counting on a protracted judicial fight, which they hope will finally lead to the Supreme Court overturning Roe v. Wade.

It’s not known how President Donald Trump’s two SCOTUS nominees, Brett Kavanaugh or Neil Gorsuch, will vote on Roe. Both alarmed some pro-lifers by expressing significant respect for Roe’s status as “precedent,” though others argued they were merely phrasing their answers diplomatically to navigate a narrowly-divided Senate confirmation process. There is also speculation as to how long pro-abortion Ruth Bader Ginsburg will remain on the Court.

Heartbeat abortion bans have also been introduced recently in in Florida, Kentucky, Missouri, and South Carolina, and enacted last year in Iowa.