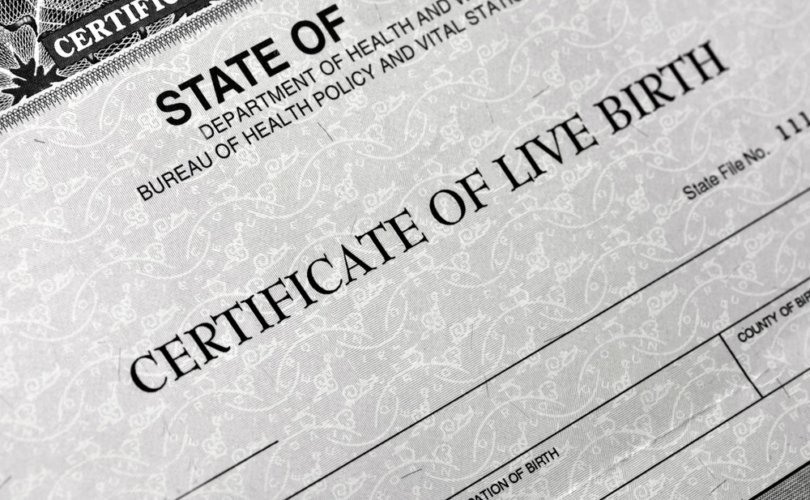 OKLAHOMA CITY (LifeSiteNews) — Pro-life Oklahoma Gov. Kevin Stitt signed into law Tuesday a bill that requires birth certificates in the state to indicate only male or female as a person’s biological sex and expressly banning any nonbinary options to the ire of the far-left transgender movement.

In November, the Oklahoma governor signed an executive order mandating the Department of Health to stop changing and issuing birth certificates with an option for a nonbinary sex. Prior to the order, Stitt said in a statement on the issue, “I believe people are created by God to be male or female. Period. There is no such thing as a binary sex.”

The bill passed overwhelmingly in a 75-16 vote in the state House on April 21 before going to the governor’s desk. At the end of the debate, Dills said, “The question before us is very simple. Do we want the truth on a birth certificate, a legal document, representing a person’s biological sex, or do we want a lie?”

State Sen. Micheal Bergstrom, who introduced the bill after the Department of Health issued its first nonbinary birth certificate, said in a statement, “We must stand up and put a stop to this nonsense regarding biological sex. It’s not a complicated issue – biologically, you’re either a male or female. There should be no other option to choose from on a birth certificate.”

After the passage of the bill, Dills said in a statement, “People are free to believe whatever they want about their identity, but science has determined people are either biologically male or female at birth. We want clarity and truth on official state documents. Information should be based on established medical fact and not an ever-changing social dialogue.”