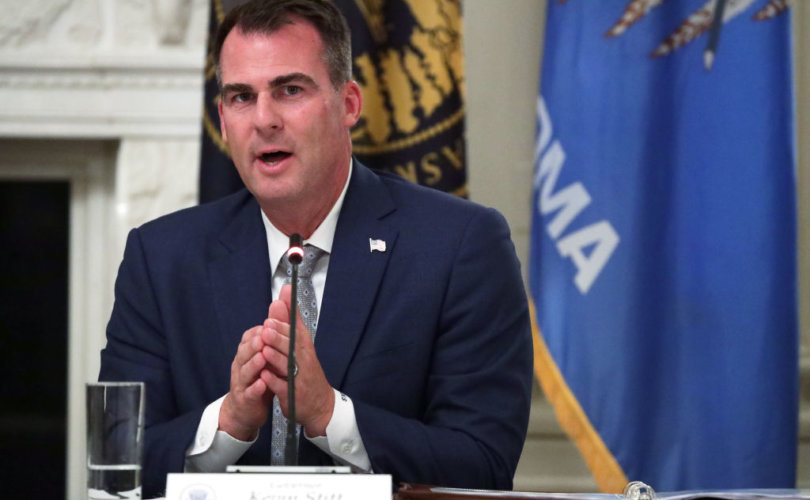 OKLAHOMA CITY (LifeSiteNews) – Oklahoma Gov. Kevin Stitt signed a new law banning all abortions after around six weeks of pregnancy in anticipation of the overturning of Roe v. Wade.

On Tuesday, Republican Gov. Stitt signed SB 1503, the Oklahoma Heartbeat Act, outlawing all abortions in Oklahoma after six weeks, as reported by the Associated Press. This law bans all abortions once a heartbeat is detectible in an unborn baby, which is around six weeks.

“I want Oklahoma to be the most pro-life state in the country because I represent all four million Oklahomans who overwhelmingly want to protect the unborn,” Stitt tweeted.

The bill is goes into effect immediately, despite having already been challenged in court by abortion activists. On Tuesday, the Oklahoma Supreme Court denied a request from abortion activists to temporarily stop the bill.

Emily Wales, president and CEO of Planned Parenthood Great Plains, which operates abortion clinics in Oklahoma City and Tulsa, lamented, “There will be people who lose access, even if the halt in services is only brief.”

Over a dozen states have enacted “trigger laws” which would ban all abortions should Roe v. Wade be overturned.

Texas Gov. Greg Abbott signed a bill banning all abortions, with no exceptions for rape or incest, that will take effect whenever the U.S. Supreme Court overturns Roe v. Wade.

Similarly, last month Oklahoma Gov. Kevin Stitt signed into law a “Life at Conception” bill making it a felony to kill an unborn baby at any gestational age except in cases of “medical emergency.”

Under the law, anyone convicted of “performing or attempting to perform” an illegal abortion will “be guilty of a felony” punishable by an up to $100,000 fine and/or 10 years in prison. However, women who seek or obtain abortions would not be charged with a criminal offense.

This law will take effect this summer but is tentative based on the decision of the Supreme Court.

Many Republican-led states, including Idaho and Florida, have likewise enacted pro-life legislation in anticipation of the Court’s ruling.