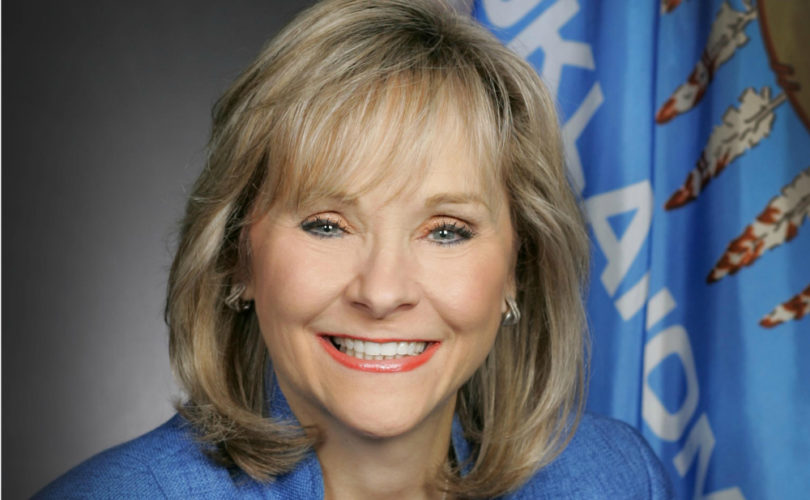 OKLAHOMA CITY, Oklahoma, November 23, 2015 (LifeSiteNews) – Oklahoma governor Mary Fallin is calling for her state to cancel its contracts with Planned Parenthood affiliates over “their high rate of billing errors” that she says show a lack of “competence.”

According to the governor, “the recent behavior of the Planned Parenthood affiliates clearly demonstrates that these providers do not value the opportunity to serve their fellow Oklahomans with taxpayer funds.”

Under Oklahoma law, Planned Parenthood's contracts can be canceled by OHCA. Fallin's letter urged Gomez to pull funding for the abortion giant based upon the reports, which Fallin's office had requested earlier in the year to verify whether state funds were being misused.

Neither affiliate was found to be improperly using state Medicaid dollars, but the reviews did show the high error rates.

In the letter, Fallin cited reports from the Alliance Defending Freedom (ADF) showing that Medicaid overbilling is common among Planned Parenthood affiliates. She also cited a lawsuit from Sue Thayer, a former clinic manager at Iowa's Planned Parenthood of the Heartland. Thayer, who is represented by ADF, is a whistleblower who says nearly half a million fraudulent claims were made by the abortion giant, worth almost $28 million.

In apparent anticipation of legal arguments that women would have difficulty finding access to health care if Medicaid reimbursements were restricted from Planned Parenthood, Fallin noted that there are only six Planned Parenthood locations in the state, all in two cities.