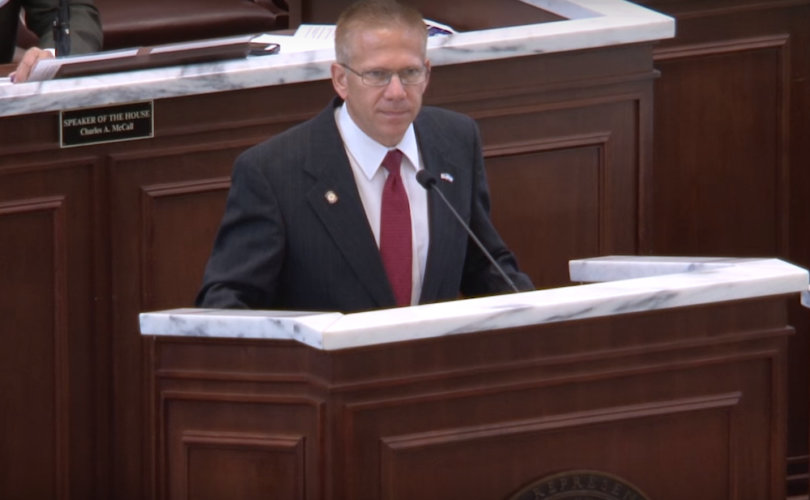 OKLAHOMA CITY, Oklahoma, May 12, 2017 (LifeSiteNews) — The Oklahoma House of Representatives adopted a resolution this week stating that abortion is “murder” and is to be opposed by state leaders.

In the resolution, state lawmakers direct “every public official in Oklahoma … to exercise their authority to stop (the) murder of unborn children by abortion.” They also direct Oklahoma judges not to interfere with efforts to protect pre-born children.

House Resolution 1004, which had 20 Republican sponsors, was introduced by Republican Rep. Chuck Strohm, R-Jenks. It does not carry the weight of law but is regarded as a statement of official policy.

Officials whom the resolution seeks to enforce the protection of innocent human life include “sheriffs, district attorneys, judges and justices, the (state) Attorney General and the Governor.”

In its preliminary “Whereas” section, the resolution grounds its authority in that “all human life is protected by God's law and the highest laws of the land.”

Legislators cite the Declaration of Independence affirmation that “all human beings are created in the image of God, and are thus endowed by their Creator with the unalienable right to life.”

The resolution further cites the U.S. Constitution that “no state shall deprive any human being of life, liberty, or the pursuit of happiness without due process of law.”

Also in its “Whereas” section, the statement points out that “the Supreme Court of the United States overstepped its authority” when it Constitutionalized abortion-on-demand throughout all 50 states.

Strohm told the media that the U.S. Supreme Court violated “every act of decency and law” and abused the Constitution when it “forc(ed) the murder of unborn children on our society.”

Oklahoma has a three-day waiting period for abortion and an informed consent law. Nevertheless, the state pays for abortions in cases of rape or incest or if a mother's health is in danger.