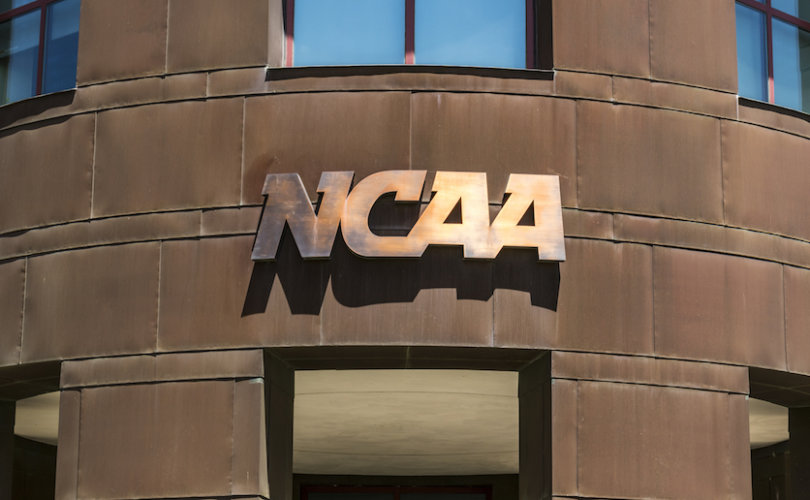 TUSCON, Arizona (LifeSiteNews) — A group of former Olympians, coaches, and swimmers from the University of Arizona have penned an open letter to the National Collegiate Athletic Association (NCAA), asking the organization to “rectify” the situation caused by allowing William “Lia” Thomas to compete as a woman.

The letter, released last Thursday, states that it is “hard to express the anguish the women’s swim community has experienced this past week watching the 2022 NCAA Swim and Dive Championship.” The letter also mentions the “irrevocable damage to a sport that has transformed our own identities for the better.”

University of Arizona Swimmers write letter to the @NCAA on Lia Thomas and this year’s Women’s Swimming Championships.

“It’s hard to express the anguish the women’s swim community has experienced this past week watching the 2022 NCAA Swim & Dive Championships” pic.twitter.com/t9EeWF3AX7

Thomas, a man claiming to be a woman, won the Division 1 Women’s 500 Yard Freestyle on March 17. The letter, discussing Thomas, says, “The decisions of the NCAA this year hoped to appease everyone by allowing Lia Thomas to compete directly with women.” As a result, female swimmers “were forced to swim in unfair direct competition therefore eliminating all integrity of the entire championship meet.”

The letter also compares Thomas to Iszac Henig, a woman claiming to be a man, but who remains eligible to compete against women from Yale’s swim team. Highlighting the discrepancy between men and women in sports, the letter states: “Henig’s time [for the 100 Yard Freestyle] of 47.52 earned the swimmer and All-American award and added 13.5 points to Yale’s team score. Had Henig chosen to swim at the men’s competition however, the same time would have failed to even reach the men’s A qualifying time of 41.71 by almost six seconds dashing the whisper of a chance this swimmer would even step up to the block.”

The NCAA received criticism in January for updating its policy on transgender players, deferring its rules to national sports governing bodies. The rule previously stated that male-born swimmers had to take testosterone suppressants for two years before competing. However, after USA Swimming, the national governing body for competitive swimming, revised its rules in February, the NCAA reverted to its previous rules, believing that it would be unfair to change the rules mid-season.

The letter, referring to possible solutions that the NCAA could have taken, proposes that “the NCAA could have implemented the more stringent USA Swimming guidelines at the very least,” and suggested that future “trans swim meets could be organized and built into a new category of athletic competition similar to the Paralympic or Special Olympic platforms to continue to widen the umbrella of inclusion in athletics.”

“The people responsible for protecting women’s swimming should swiftly rectify the guidelines. The women from the University of Arizona will not quietly stand down while our victories and accomplishments float away,” the letter concludes.

The NCAA has received criticism from swimmers that competed against Thomas for his inclusion in a women’s meet. Reka György, a Hungarian-born Olympian that currently swims for Virginia Tech, wrote an open letter Sunday reacting to Thomas’s participation after coming in 17th at the 500 Yard Freestyle, maintains that she could not make the finals because of Thomas.

With Lia Thomas becoming the first transgender athlete to win a Division I national title, Virginia Tech swimmer Reka Gyorgy is now asking the NCAA to change its rules:

“I think it is disrespectful against the biologically female swimmers who are competing in the NCAA.” pic.twitter.com/AKM8F4FgqL

Riley Gaines, a swimmer for the University of Kentucky, tied in fifth place with Thomas in the 100 Yard Freestyle, and says she was denied a trophy. Speaking to The Daily Wire, Gaines said “It was a bit disheartening … I left the pool with no trophy. Not a big deal, but that was the goal that I had set all year.”

“It’s almost like the NCAA is trying to save face by giving Lia the fifth place trophy,” Gaines said.

The NCAA did not immediately respond to a request for comment.