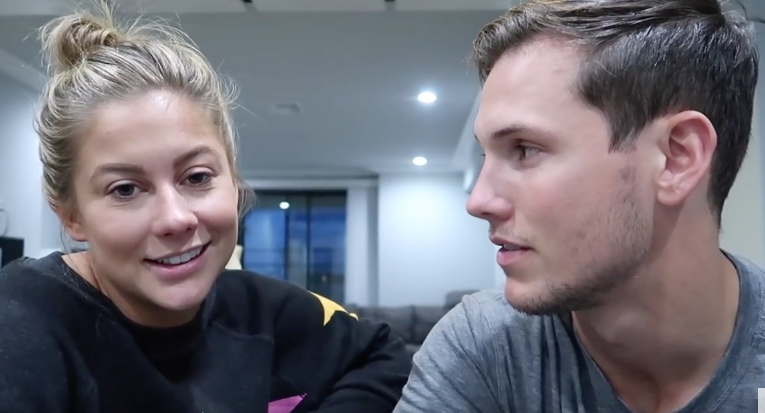 NASHVILLE, Tennessee, October 24, 2017 (LifeSiteNews) — A former Olympic gymnast and her husband experienced an early miscarriage and she shared her joys and heartbreak online with her fans.

Shawn Johnson East lived the American dream. After years of dedication and sacrifice, the 4-foot-11 Iowan won a 2008 Olympic gold medal on balance beam and a silver in floor exercise.

She found her soul mate, NFL free agent Andrew East, who asked her to marry him at Wrigley Field in Chicago in 2015. Wed in April 2016, she went on to compete as “America’s Sweetheart” on “The Apprentice” and “Dancing with the Stars.”

She and East shared their newly wedded bliss online with instant updates and videos,  including the giddy announcement of their expecting a baby.

A very personal video online shows Johnson, 25, discovering she was pregnant and the exuberant joy she had sharing the surprise with East, 26. With tears in her eyes, Johnson exclaimed, Andrew’s “going to be a Daddy!”

To celebrate the joyous news, she bought a darling pair of baby Converse tennis shoes and gave them to East. Both mommy and daddy were ecstatic.

But then Johnson experienced bleeding and unrelenting stomach pains. “It sounds like it can either be something normal or that we lost the baby,” she said. Johnson and East went to her doctor.

And almost as quickly as she had gotten the joyous news of being unexpectedly pregnant, Johnson received sorrowful news. Her doctor told her that her baby had died.

“The past 48 hours have been some of the happiest, scariest, and saddest times of my life,” Johnson blogged. “Andrew and I found out that we were unexpectedly pregnant, only to find out hours later some tragic news. I have been crying more than I ever have, but am still optimistic for what is next.”

Johnson and East sat side by side to share their ordeal and answer questions on Facebook Live online. “We feel like a lot of people go through this so we wanted to share it,” she said.

Going online with their story in order to help others in the same circumstances, Johnson said she is “optimistic” and that she and Andrew are keeping the faith.

“We believe God’s got a bigger plan for us,” she said.

“So it’s been a roller coaster of a few days,” Johnson admitted. “We just got back from the doctor and I’m no longer pregnant. Somehow, I lost the pregnancy already. It sucks. It’s definitely no fun, guys … and having a doctor confirm that we miscarried doesn’t feel good.”

“All we can do is be positive, otherwise we just sink into a hole,” she confided.

The couple released an updated video on their ordeal:

Taking to Instagram, Johnson thanked her husband for his undying support. “I love you more than anything in this world and I know you are going to make the greatest Daddy in the world someday,” she wrote. “Thank you for being my rock through all of this.”

Thinking of the countless other couples who go through the same ordeal, Johnson said she and East felt they had to go online with their story. “This is by far the hardest video we’ve ever posted, but we felt as though it was a story that needed to be shared as so many struggle with the same thing,” she explained.

Holding up the tiny tennis shoes she had gotten for the new baby, Johnson said, “We’ll use them again, of course.”