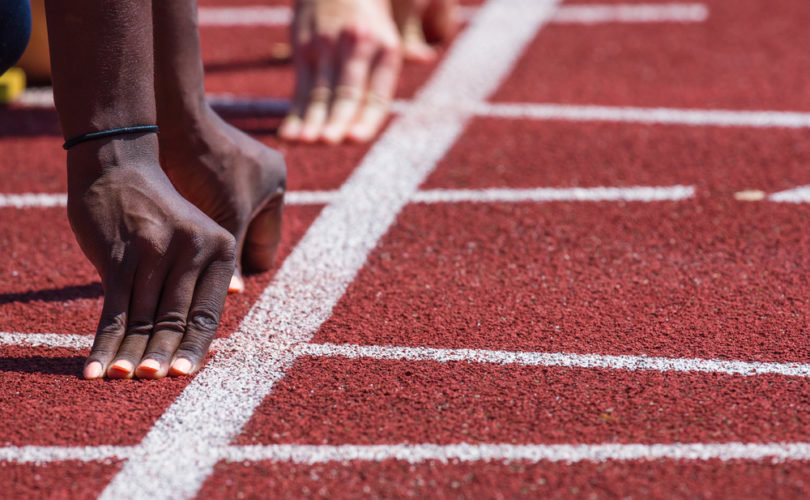 RIO DE JANEIRO, January 26, 2016 (LifeSiteNews) – So-called male-to-female transgender athletes, already allowed in the Olympics since 2012 after castration and two years of hormone therapy, will be allowed in the Rio Olympics without surgery as long as their testosterone levels have been below male levels for a year, the International Olympic Committee has ruled.

The decision was made by a panel of scientists, human rights lawyers, and doctors in November and revealed in the last week. The panelists attribute it to “growing recognition of the importance of autonomy of gender identity in society, as reflected in the laws of many jurisdictions worldwide.”

While it was necessary to maintain a fair playing field, they said, the competitive advantage imparted by male genitals is not enough to warrant requiring “trans” male athletes to undergo cosmetic genital reconstruction. “To require surgical anatomical changes as a pre-condition to participation is not necessary to preserve fair competition and may be inconsistent with developing legislation and notions of human rights.”

Sticking to their story that fairness and not gender was the important thing, the panelists recommended the reinstatement of rules disqualifying female athletes with excessive androgen in their blood from competition. Since 2003, “hyperandrogenism” was deemed to impart an unfair advantage to female athletes, but last year the Court of Arbitration for Sports (CAS) ruled that there is not enough evidence that too much androgen imparts an unfair advantage. But the ad hoc IOC panel called on all international sports associations to lobby the CAS to bring back the hyperandrogen rule.

So if the IOC has its way, “trans” males, who have had the benefit of more androgen for their first 20 years of growth, will be able to compete against female athletes, while other female athletes will be excluded because of too much naturally occurring androgen in their blood.

Only in boxing and martial arts have critics braved the tide of political correctness and threat of legal action to oppose transgender competitors. For good reason: Ben Cohen explained in The Daily Banter: “In virtually any other sport, the ramifications of these potential advantages would not be particularly serious. Losing a race to someone who was once a male would be disheartening and professionally damaging, but you would leave with your health intact. In professional fighting however, the consequences could potentially be fatal.”

The debate in mixed martial arts was sparked by a 2014 match that saw a “trans” male boxer named Fallon Fox decimate a female opponent Tamikka Brents, in one round, possibly causing career-ending injuries.

Science is divided on whether the advantage of growing up male is lasting. Dr. Marci Bowers, a cosmetic surgeon who himself claims to be female, argues that for a man attempting to become a woman, after several years of hormone therapy, “most measures of physical strength minimize, muscle mass decreases, bone density decreases, and they become fairly comparable to women in their musculature.”

The just announced Olympic standard calls for testosterone levels “below 10 nmol/L for at least 12 months prior to competition,” but one hormone specialist, Dr. Ramona Krutzik, M.D., FACE, believes that advantages that have accumulated over 20 years of physical development as a male won't disappear after a few years of androgen blocking. “Typically, you're looking at about 15 years after androgen suppression and SRS [sex reassignment surgery] to really start to see significant changes in bone density,” she told the boxing blog bloodyelbow.com.

After growing up male, “there would be increased musculature and an increased ability to build muscle, so an advantage might be present due to years of conditioning and becoming more masculine, which includes differences in endurance and strength,” Krutzik said. “The male body develops differently, both in skeletal structure and muscularly.”

Krutzik also said that a male athlete will have a male brain no matter the physical alterations he undergoes. “Developing fetuses … have male imprinting of the brain, and it does not go away after androgen suppression and sex change surgery. It is a permanent imprint on the brain. Someone that has had male imprinting could have the potential for more aggression or more aggressive type behaviour than a female brain.”

NYC will fine employers up to $250,000 for referring to ‘transsexuals’ by their natural gender