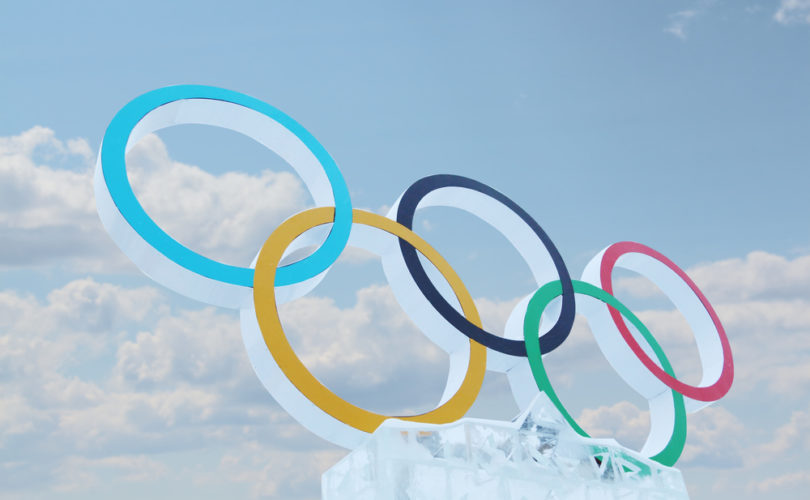 A decision Thursday by the International Olympic Committee (IOC) will apply new restrictive anti-family pressure on nations wanting to host the Olympic Games. On December 8, the IOC unanimously approved a wide-ranging package of 40 recommendations, the Olympic Agenda 2020, that includes a rewording of its anti-discrimination Principle 6 clause to include a reference to “sexual orientation” as a protected category.

Hosting the games, or ‘belonging to the Olympic movement’ as it's styled by the IOC, “requires compliance with the Olympic Charter and recognition by the IOC.” Thus, countries hoping to host Olympic Games in the future, such as the two contenders for the 2022 Winter Games — Almaty, Kazakhstan and Beijing, China — would not be able to implement laws restricting homosexual proselytizing such as those enacted by Russia, or other measures aimed at limiting the spread of the harmful sexual behavior.

The Principle 6 clause of the Olympic Charter will be amended to state that “any form of discrimination with regard to a country or a person on grounds of race, religion, politics, gender, sexual orientation, or otherwise is incompatible with belonging to the Olympic Movement.”

During the Winter Games held in Sochi, the Russian law banning homosexual propaganda aimed at children became a rallying point for homosexual activists bent on disrupting the Games.

However, prior to the commencement of the Games, Russian President Vladimir Putin said that while homosexuality itself is not a crime in Russia and homosexual people were welcome to attend the Sochi Olympics and could “feel safe and free” during the Winter Games, he warned them to “leave children in peace.”

“We don't outlaw anything and don't nab anyone. Our law prescribes no responsibility for these kinds of relationships unlike laws in some other countries do,” he said. “The games will be held in complete compliance with the Olympic Charter, without any discrimination on the basis of any characteristic,” Putin added.

The IOC seemed at the time to be satisfied with this assurance, stating that, “The Games themselves should be open to all, free of discrimination, and that applies to spectators, officials, media and of course athletes. We would oppose in the strongest terms any move that would jeopardize this principle.”

“To that end, the IOC has received assurances from the highest level of government in Russia that the legislation will not affect those attending or taking part in the Games,” the IOC said.

At a press conference following the approval of the Olympic Agenda 2020, IOC President Thomas Bach touched on the contentious homosexuality issue without actually naming it.

“So it was encouraging that regardless of their individual interests or positions, they were determined to make Olympic Agenda 2020 a success. Speaking of the members, I have a great deal of respect for them to do this,” Bach concluded.