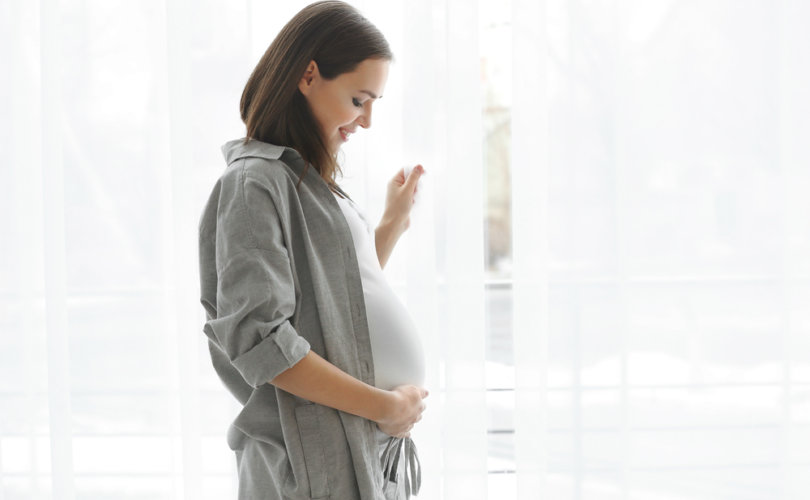 January 22, 2021 (LifeSiteNews) — The 48th anniversary of Roe v. Wade, the 1973 Supreme Court decision that along with Doe v. Bolton imposed abortion on demand across the United States, comes at a unique time politically and culturally. There is a supposedly Catholic yet staunchly pro-abortion president in the White House, most coronavirus vaccines being developed and rolled out are connected to abortion, and America is uneasy and deeply divided.

The 2021 March for Life will be held “virtually” with only a “small group of pro-life leaders” invited to demonstrate in person. Liberal states are in various stages of total lockdown. The nation’s capital just saw the most militarized inauguration in recent memory.

Despite all of this — and the brand-new challenges that come with the extremist pro-abortion Biden regime — pro-lifers remain hopeful that the end of abortion could still be somewhere in sight.

Some pro-lifers are celebrating Missouri being, at least for the time being, an effectively abortion-free state.

“Historically, Created Equal has travelled to the annual D.C. March for Life to represent abortion victims to the marchers using our JumboTron,” said Mark Harrington, president of the Ohio-based group Created Equal. “Unfortunately, last week the March for Life cancelled the event.”

Instead, Created Equal was part of the Abortion-Free Missouri Rally today, outside of the Old Courthouse in St. Louis.

“At a time where our movement is being forced to play defense politically, Missouri becoming the first abortion-free state reminds us that we cannot look to Washington, D.C. to solve the scourge of abortion killing,” said Harrington. “The daily work of changing minds needs to continue to happen at the state and local level, not Washington, D.C.”

Missouri has become the first Abortion-Free State — at least in practice for now. The embattled Reproductive Health Services Planned Parenthood in St. Louis was the last abortion facility in Missouri. It remains open, but Operation Rescue has confirmed that no abortion appointments have been available there for months, and none are available anytime in the foreseeable future. All abortion appointments are now being referred to the Fairview Heights Planned Parenthood facility across the Mississippi River in Illinois.

RHS Planned Parenthood won a dramatic licensing battle with Missouri in May after an Administrative Court judge ordered the facility relicensed despite the objections of the Missouri Department of Health and Senior Services, which found the facility to be unsafe and out of compliance with state abortion regulations. The DHSS had documented several cases of life-threatening abortion injuries, but their investigation into those incidents were stone-walled by uncooperative Planned Parenthood employees. Shortly after being relicensed, the facility voluntarily halted surgical abortions in Missouri. It had earlier voluntarily halted the distribution of abortion-inducing pills due to an unwillingness to comply with Missouri laws regulating the drugs. (Read more about this licensing battle at this link.)

“While the RHS Planned Parenthood remains open and licensed for abortions, we confirmed that none are being done there. That means this facility is currently acting only as an abortion referral center. There is no operational abortion facility in the State of Missouri, making it the first Abortion-Free State at this time,” said Operation Rescue President Troy Newman. “It is obvious that Planned Parenthood of the St. Louis Region, which operates RHSPP, seeks to avoid having to comply with Missouri’s strong pro-life laws, and has opted to abort in Illinois where abortion facilities are essentially unaccountable. This shows a gross disrespect for the lives and safety of the women Planned Parenthood purports to serve.”

All eyes on Supreme Court, again

Today, the U.S. Supreme Court is slated to decide whether to hear a case about Mississippi’s 15-week abortion ban. If the court does decide to take the case and rules in favor of the pro-life law, it could mean the end of Roe v. Wade. The court may delay its conference on whether to hear the case, as it has several times before.

The Supreme Court also recently allowed the Food and Drug Administration (FDA) to continue to mandate mothers have an in-person appointment to receive abortion pills. There has been a global push for more at-home abortions by pill during the coronavirus outbreak.

Meanwhile, as pro-lifers look to Supreme Court with cautious hope, the Biden regime has begun to fulfill its campaign promises to the abortion lobby. President Joe Biden marked the day by pledging to make abortion available to “everyone.”

Each one precious, worthy, holy.

I am heartbroken. Angry. Weary. We should all be.

But I am determined. More than ever: We will not forget. We will not stop fighting. We will pray, and hope, and work until every single child is safe.

Marjorie Dannenfelser, president of the Susan B. Anthony List, said that pro-lifers “will not lose sight of how far we have come and the strength and vitality of our movement.”

Commenting on today’s anniversary, she said:

Today we mourn the loss of more than 62,000,000 innocent unborn boys and girls whose lives have been ended by abortion since 1973, and the mothers who have been physically, emotionally, and spiritually wounded. We mourn the broken families and communities, missing the contributions from souls made and meant for this world. The burden of this death toll has weighed heavily on the collective American conscience for the last 48 years. While the pro-life movement has weathered some tough losses, we will not lose sight of how far we have come and the strength and vitality of our movement as evidenced by the growing number of Americans who support compassionate, commonsense pro-life laws, the enthusiasm and resolve of pro-life state legislators, the burst of pro-life women newly arrived in Washington, and the ever-growing pregnancy center movement coming alongside women and their families facing unexpected pregnancies. We must not and we will not falter in our fight to ensure that someday soon every unborn life is welcomed and protected under the law.

Today the Family Research Council (FRC) released an analysis of Roe v. Wade laying out the legal, historical, and cultural reasons why it should be overturned. “Ever since the Supreme Court decided Roe v. Wade in 1973, unborn children have been killed at exponential rates in America,” attorney Katherine Beck Johnson summarized. “The barbaric practice of killing our youngest and most vulnerable humans is past-due to end.”

Roe is ripping America apart, and it must go if the republic is to survive

Full list of events still happening in D.C. in place of March for Life