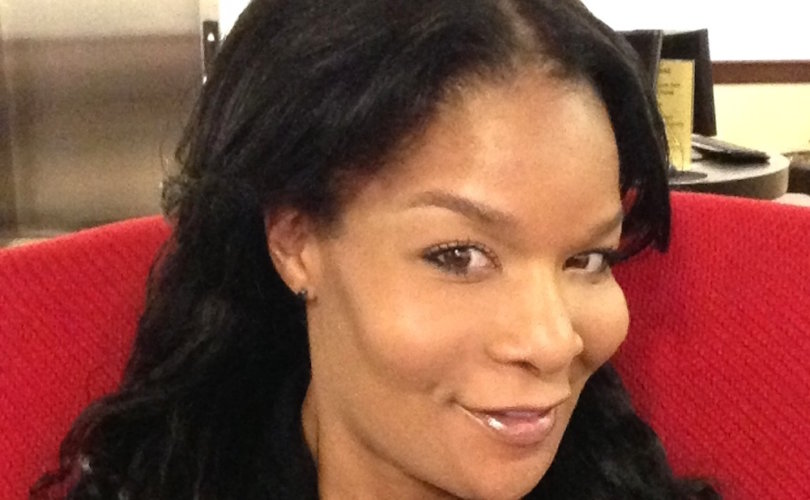 Sharron L. Cooks, a 38-year-old delegate from the state of Pennsylvania, confirmed making pornographic videos under a pseudonym.

Numerous online videos describe Cooks as a “shemale” whose videos feature transgender sadomasochism. Cooks has not had gender reassignment surgery.

An official website under the pseudonym is still online, though not updated, and, as of 2014, offered customers the opportunity to schedule “private” meetings.

The website of Cooks’ organization, Making Our Lives Easier LLC, acknowledges being “a professional adult entertainer and film” performer “in the early to mid 2000’s” and “Sex Work Liaison.”

From the first row of the national convention that nominated Hillary Rodham Clinton for president, Cooks defended working in the sex industry, saying Americans are too puritanical.

“People look at it as a negative thing and it's not necessarily a negative thing,” Cooks told the Philadelphia Inquirer. “The thing about that is, people here in America have a stigma around sexuality, sexual orientation, what bathroom you use.”

Opponents say pornography is not covered by the First Amendment and, as obscene speech, may be regulated. The 2016 Republican platform says, “Current laws on all forms of pornography and obscenity need to be vigorously enforced.”

The Democratic Party apparatus wanted to draw on Cooks’ experiences and views in shaping its approach to transgender issues.

“I was chosen to be a delegate to this year's DNC,” because “the Pennsylvania Democratic LGBT leadership…felt having an openly trans-identified African-American [man] would provide the Democratic Party with insights” about the transgender political perspective.

Cooks told Next magazine that the Democratic Party would use the transgender pornstar’s insights “in order to establish a political platform that is progressive and inclusive of all LGBTQ people.”

Cooks said that “public accommodations legislation” – a law granting members of one biological access to the restrooms, showers, and intimate facilities of the opposite sex – is “essential to the well being of the trans community.”

Cooks has no doubt which candidate is most likely to advance that cause.

“I am voting for Hillary Clinton for president,” Cooks said, calling Clinton “an advocate for women's rights, LGBTQ rights.”

“Donald Trump elected will destroy all of the progress made for the LGBTQ community,” Cooks said.