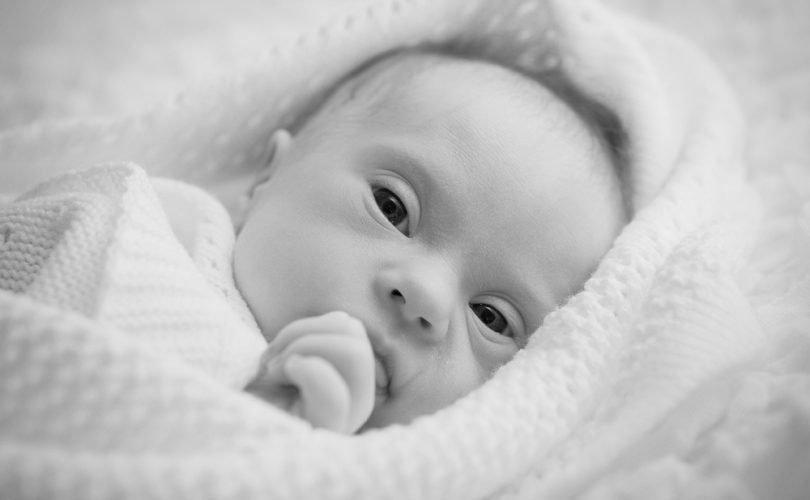 COLUMBUS, Ohio, May 10, 2017 (LifeSiteNews) — Ohio continues to bring forth bills to restrict abortions in the state.

A bill that would prevent abortions based on a Down syndrome diagnosis was unveiled today in the Ohio House by Representatives by Sarah LaTourette, R-Chesterland, and Derek Merrin, R-Monclova Township. That comes on the heels of a bill introduced in the Senate last week that would ban dismemberment abortions during the second trimester of pregnancy.

The Down Syndrome Non-Discrimination Act (HB 214) is co-sponsored by 18 members of the House. Ohio Right to Life noted that studies indicate 90 percent of unborn children with Down syndrome are aborted. And in at least one European country, 100 percent of the babies with a Down diagnosis are killed in the womb.

“This legislation puts the spotlight on a horrific eugenic practice that is taking place right here in America and around the world,” Katie Franklin of Ohio Right to Life said in an email to LifeSiteNews. “While abortion is never right, it is particularly egregious that a child would be targeted for destruction based on a disability. Ohio can do better, and this legislation gives us the opportunity to do so.”

“While abortion is never the right choice, it is particularly appalling that babies are being targeted for elimination based on a disability,” Devin Scribner, executive director of Ohio Right to Life, said in a statement. “Disturbingly, this practice has turned into a search and destroy mission around the globe, causing some to ask if we are headed towards a Down syndrome-free world.”

“The Down Syndrome Non-Discrimination Act presents a better way forward, and says something profound about the kind of society we want to be: One that protects and defends the rights of every human person, regardless of ability; or one that literally discards the vulnerable based on their utility.”

This is the second attempt in Ohio to introduce similar legislation. In 2015, a Down non-discrimination bill did not make it out of the House after multiple hearings.

“At a time when society has become increasingly accepting and accommodating towards those with disabilities, this is exactly the kind of practice we should be denouncing,” Scribner said. “The Down Syndrome Non-Discrimination Act is Ohio's opportunity to do just that. We look forward to hearings in the Ohio House as an opportunity to educate our leaders and our neighbors about the vibrant lives led by those with Down syndrome and their value in our human family.”

“Every day, thousands of baby girls and boys are literally dismembered limb from limb in the state of Ohio,” Franklin said. “At this stage in pregnancy, the baby has a beating heart, brain waves, taste buds, and can respond to touch nearly everywhere. This legislation is critical to educating Americans about the brutal reality of what takes place in an abortion, and saving these precious human lives.”

“In the long run, we believe that it will withstand Supreme Court scrutiny for the same reason that the Partial Birth Abortion Ban did: The practice is simply to brutal to bear.”

D&E abortions involve using steel instruments to remove a baby in pieces from a woman’s uterus after her cervix is dilated. They are done typically between 13 and 24 weeks’ gestation.

Under the proposed law, abortionists could be charged with a fourth-degree felony and receive up to 18 months in jail if convicted. The bill includes an exception for the life of the mother or serious risk of “substantial and irreversible physical impairment of a major bodily function.”

Of the 21,000 abortions performed in Ohio in 2015, approximately 3,000 were D&E procedures, according to Ohio Department of Health statistics. Nationwide, 95 percent of second-trimester abortions are done using the D&E method.

Seven states so far have outlawed dismemberment abortions since 2015. Ohio Right to Life says the bill is part of a strategic plan to elimination abortion in the U.S.

“The Dismemberment Abortion Ban is a game-changer in the abortion debate,” Scribner said. “This law is all about shining a light on the brutality of a very common abortion procedure that is happening in facilities across this state and country. Thousands of times every year in Ohio, unborn babies are literally crushed and torn apart limb from limb. Former and current abortionists have testified to the brutal nature of this procedure. It is incumbent on the State of Ohio to draw the line against this barbaric practice.”