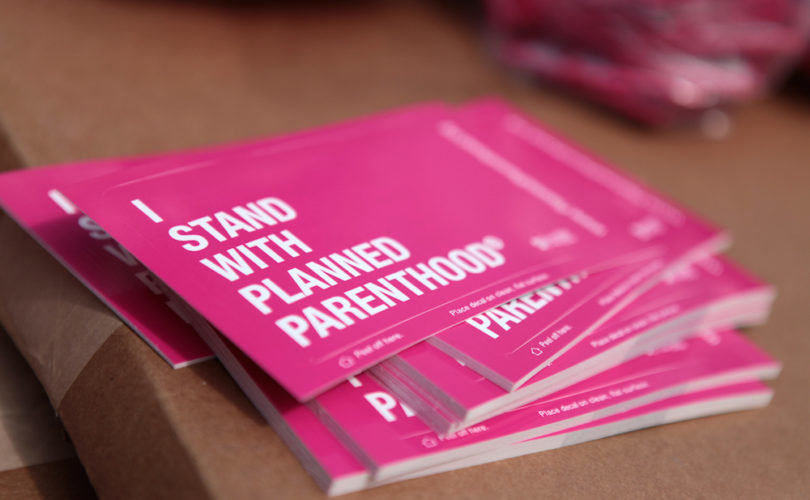 ST. PAUL, MN, August 25, 2015 (LifeSiteNews) – A woman has decided not to work at Planned Parenthood specifically because of the undercover videos released by the Center for Medical Progress, a pro-life group has revealed.

A sidewalk counselor outside a Minnesota abortion facility gave a copy of the pamphlet “We're Here for You” to a passerby, whom she said was “supportive.”

“The videos are doing good!” she concluded. “Praise God!”

Brian Gibson, the executive director of Pro-Life Action Ministries, furnished the e-mail to LifeSiteNews. The Minnesota-based ministry, which says it has saved 3,089 babies as of this writing, said the exchange took place two weeks ago.

CMP released a new video this morning, revealing that StemExpress receives “a lot” of “intact” aborted babies' bodies from Planned Parenthood, from which it harvests organs.

Several ministries focus specifically on having Planned Parenthood workers leave their work behind. Abby Johnson, a onetime clinic director, began And Then There Were None with that purpose in mind.

In 2013, Operation Rescue mailed out a postcard to abortion facilities all over the country telling its workers and assistants, “Don't go to jail for something your employer is doing or told you to do!”