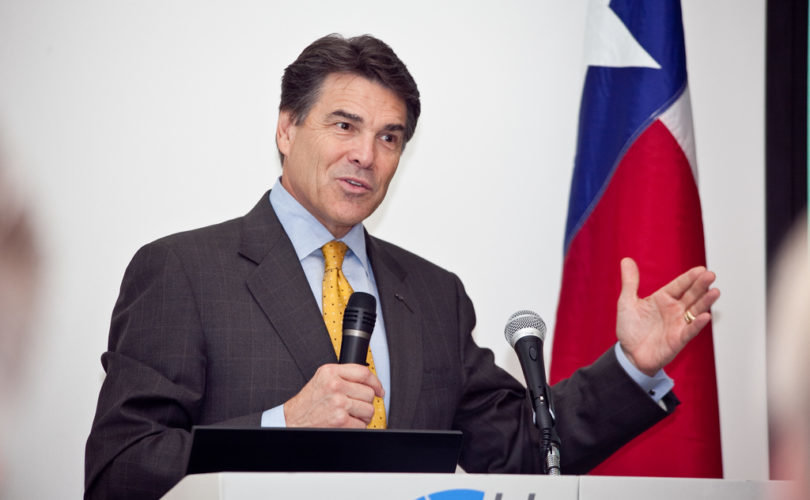 One year ago today, Texas Gov. Rick Perry signed HB 2 into law. Since that time, 21 of the state's abortion facilities have closed, leaving 20 open — and that number could shrink to half-a-dozen by the fall.

The number has dropped primarily because of two major changes in state law. The first, which is already in place, requires abortion doctors to have admitting privileges at hospitals within 30 miles of clinics at which they work. The other, which takes effect on September 1, requires all abortion clinics to upgrade their facilities to be equal to ambulatory surgery centers.

Earlier this year, the pro-abortion Guttmacher Institute reported that America's abortion rate is at a record-low, using data from 2011. While Guttmacher's report and authors indicated state pro-life laws were not responsible for the drop, Cheryl Sullenger of Operation Rescue told LifeSiteNews at the time that “abortion rates are directly connected to the number of abortion providers.”

In the Guttmacher report, “abortion rates were lowest in states where there were the fewest abortion providers,” said Sullenger.