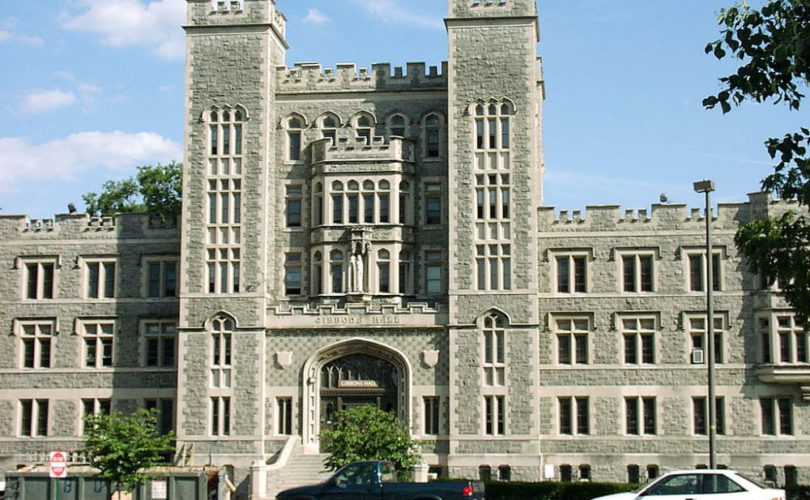 The “Resolution for a Pornography Free Campus Network” was passed by the Student Government Association by a 13-12 vote and calls on CUA to “take an outward stance on the use of pornography by prohibiting access to the top 200 pornography sites through the campus network.” The ban, the resolution states, would allow CUA to “remove itself as a means in accessing such material.”

The LifeSiteNews petition calls on CUA president John Garvey and fellow administrators to put into place not only the ban requested by the students but to restrict access to online pornography altogether. In announcing the petition, a statement on LifeSiteNews noted it “speaks volumes” that the ban request came from students.

“It is their generation which has been inundated with pornography. And, they, more than most, have felt its truly awful effects,” it declared.

The Catechism of the Catholic Church says of pornography: “It offends against chastity because it perverts the conjugal act, the intimate giving of spouses to each other. It does grave injury to the dignity of its participants (actors, vendors, the public), since each one becomes an object of base pleasure and illicit profit for others. It immerses all who are involved in the illusion of a fantasy world. It is a grave offense. Civil authorities should prevent the production and distribution of pornographic materials.”