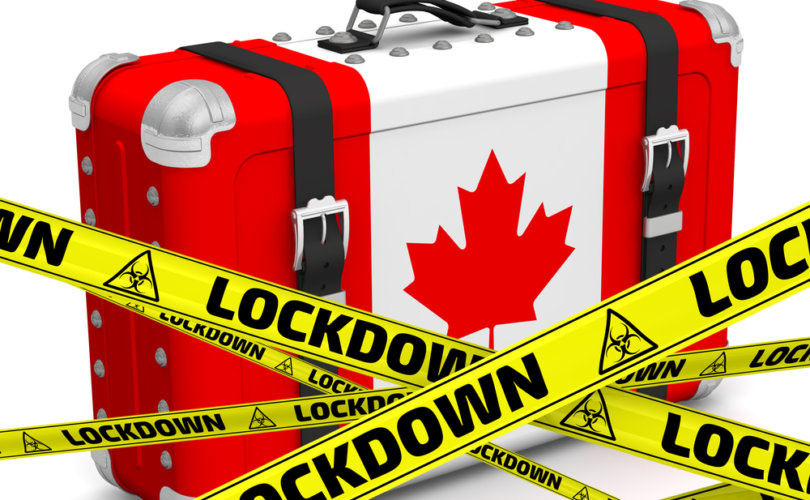 OTTAWA, Ontario, June 23, 2021 (LifeSiteNews) — The Canadian federal government announced Monday that, starting July 5, air travelers coming into the country who have had two doses of a COVID-19 shot will no longer have to quarantine for 14 days. Minors under the age of 12 who are not eligible for the COVID-19 shot must still isolate at home, however, as well as those who have chosen not to get the COVID-19 jab.

“The cautious adjustments announced today are only possible because of the tremendous efforts of Canadians, and additional ones will only happen if we continue to protect each other. Thank you to all those who have stepped up to get their first and second dose. If you haven’t, get vaccinated when it’s your turn, follow up for your second dose, and continue to follow public health measures,” said Canada’s Minister of Health Patty Hajdu in a Public Health Agency of Canada (PHAC) press release Monday.

PHAC said also in its news release that those who are fully jabbed “will not be required to stay at a government-authorized hotel” upon arrival in Canada.

However, those who choose not to get the jab will have to abide by the rules currently in place, meaning a mandatory hotel quarantine for at least three nights upon arrival, followed by a home quarantine for the remainder of the 14-day period.

Hajdu said Monday that “unfortunately most children will not be vaccinated” due to the jab being only approved for those 12 and older, meaning kids under 12 do not qualify for the new rules.

“And so, the advice from the team of scientists and public health experts is that to protect Canadians from contact with an imported case of COVID-19, that children under 12 do have to quarantine,” said Hajdu.

Under the new July 5 rules, all air travelers must still produce a negative COVID-19 PCR test both before boarding a plane and upon arrival into Canada — regardless of of vaccination status.

According to the federal government, to be considered “fully vaccinated,” a traveler must have received the full two doses of a government-approved COVID-19 jab “at least 14 days prior to entering Canada.”

The relaxation of rules only applies to Canadians and permanent residents.

Health Canada has authorized four COVID-19 injections for adults, all with connections to abortion. They also have been associated with severe side-effects such as blood clots, rashes, miscarriages, and even heart attacks in young healthy men.

Trudeau confirmed last Friday that in the fall the federal government will be rolling out a system of “national certification of vaccination status” that travelers can use to prove they’ve had both doses of the COVID-19 jab.

Allison Kindle Pejovic, a lawyer for the Justice Centre for Constitutional Freedoms (JCCF), told LifeSiteNews that distinguishing between vaccinated and unvaccinated punishes the latter.

“Canada’s statement that it intends to relax the quarantine hotels and 14-day quarantine rules for the vaccinated population creates a two-tiered society which punishes those who do not wish to or cannot receive the experimental COVID-19 vaccines,” she said.

Kindle Pejovic also told LifeSiteNews recently that the government cannot deny activities and services to those who choose not to get the jab.

“The government cannot under the Charter deny activities and services to those who choose not to receive the experimental COVID-19 vaccine, for medical, religious, or philosophical reasons. The more entrenched this separation of society becomes based on vaccination status, the more ostracized the unvaccinated citizens will become,” said Kindle Pejovic.

The Canadian government says the new rules for those who are jabbed are only the first phase of its reopening plans, with further relaxations still in the works.

“This is the first phase of our precautionary approach to easing Canada’s border measures. At this time, we are not opening up our borders any further,” said Canada’s Minister of intergovernmental affairs Dominic LeBlanc, at a press conference Monday.

The government recently increased the fines for those who do not comply with the quarantine rules from $3,000 to $5,000

Last week, Canada’s federal court ruled that quarantine hotels imposed by the government of Trudeau since January — and for which travelers must pay — are constitutional. At the same time, the court also ruled that a pastor’s rights were violated when she was confined to a quarantine hotel against her will.