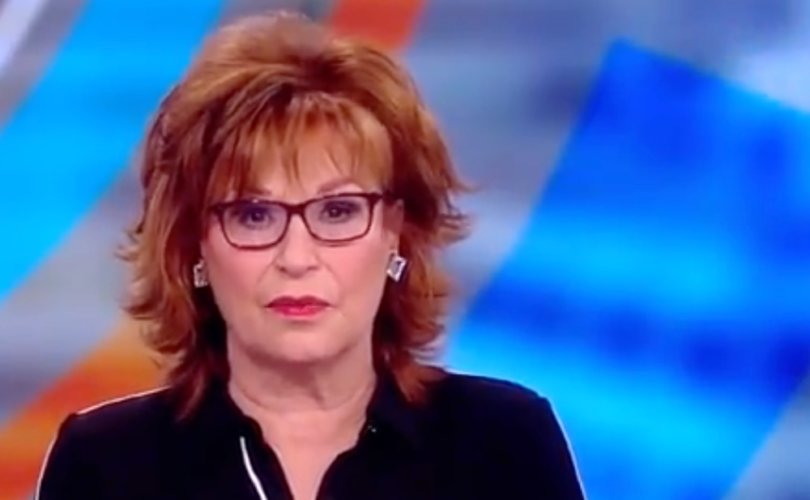 November 20, 2019 (LifeSiteNews) – Left-wing The View co-host Joy Behar took a shot at Americans who hold to a Biblical understanding of marriage on Monday while discussing Democrat presidential candidate Pete Buttigieg.

“That should appeal to the silent majority out there, whoever they are,” she continued. “I think it’s great, and then also he’s openly religious, which is also another positive in this country. So unless people are gonna not vote for someone like him because he’s gay, I think he’s got a shot.”

Moderate Republican co-host Meghan McCain pushed back against the notion of Buttigieg’s electoral prospects, noting that primaries often have a “bright shiny candidate” that attracts temporary interest but fails to go the distance. But she did not dispute Behar’s comments on homosexuality.

Buttigieg, the mayor of South Bend, Indiana, has repeatedly attempted to frame his same-sex “marriage,” as well as his absolutist pro-abortion position, as compatible with Christianity. He has claimed the former “has moved me closer to God” and misrepresented Scripture as suggesting that “life begins with breath,” for which his own brother-in-law Rhyan Glezman labeled him a “a “modern-day pharisee” who has “manipulated” and “weaponized” Scripture in the name of politics.

Further, there is little “traditional” about the mayor’s platform on abortion and LGBT issues. He has refused to support any cutoff point for late-term abortions, and has even called for changing laws that criminalize failing to inform a sex partner of one’s HIV status.

Buttigieg rose to the top of The Des Moines Register’s Democrat primary poll for Iowa this week, but remains at fourth place in RealClearPolitics’ national polling average.