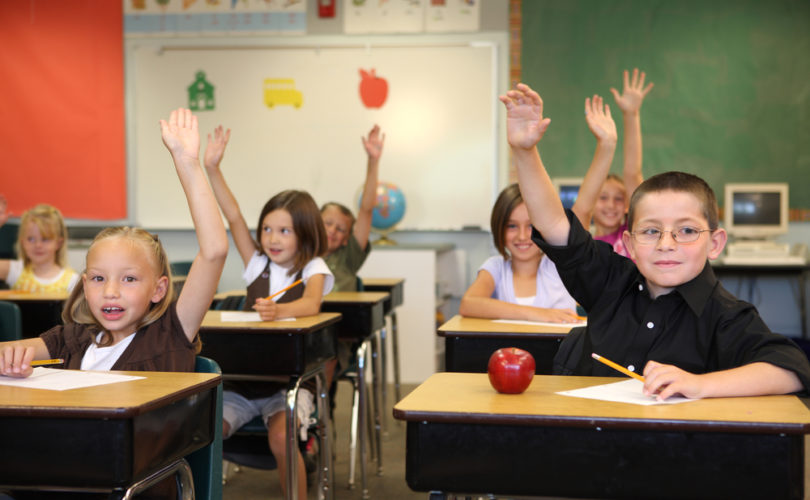 TORONTO, March 6, 2015 (LifeSiteNews.com) — The man tasked with managing the office and activities of the Assembly of Catholic Bishops of Ontario (ACBO) is a partisan Liberal who has been tweeting his support for the Wynne government’s controversial sex-ed program. At the same time, he has strongly criticized outspoken Tory politician Monte McNaughton for joining his voice with that of parents who are outraged at what the ‘sexperts’ say their kids should learn.

On February 23, and again three days later, Lawler retweeted a tweet by OECTA President James Ryan stating: “Catholic Teachers welcome a new Health & Phys Ed. Curriculum which will give students the knowledge they need to be safe.”

He also retweeted a link to an opinion piece by The Star’s Martin Cohn extolling the curriculum. In “Revealed: The sex-ed update Ontario badly needs,” Cohn calls the sex-ed program “just straight talk on sex, sexting, body parts, consent, mental health, and other life (or life-saving) skills for girls and boys.”

Also this month, the Catholic Women’s League wrote a letter to members indicating that Lawler helped allay concerns about the curriculum. “He has been most helpful in providing us with the necessary information as well as his own insights from past experiences,” the letter from CWL Ontario president Betty Colaneri states.

Archbishop called the sex-ed program a ‘seizure of parental authority’

Lawler’s public support for the curriculum is in stark contrast to remarks by Ottawa Archbishop Terrence Prendergast, who called it a “seizure of parental authority.”

Though Prendergast made his remarks several weeks before the curriculum was released, they were based on the expectation, proven correct, that the curriculum would be largely identical to the earlier version that the government pulled in 2010.

Speaking January 31, Prendergast warned that the Ontario government “appears willing to usurp” parental rights in imposing the new curriculum, and emphasized that parents are “best qualified” to offer children formation in sexuality.

“We know that the proposed program threatens the fundamental right of parents to educate their children in the moral dimension of sexual behaviour,” Prendergast said. “Mandatory instruction in the classroom will prevent parents from protecting their children from material they could judge age-inappropriate or immoral.”

On his Twitter feed, Lawler offers sharp criticism of Progressive Conservative leadership candidate Monte McNaughton, who has been endorsed by pro-life and pro-family groups because he has been the leading voice against the sex-ed program.

In response to a question about whether McNaughton could have “an impact on the #pcpo leadership race,” Lawler tweeted February 27: “Yes Shoot themselves again.”

Lawler tweeted that McNaughton’s February 26 interview on CBC’s Power & Politics (starts at 22:30) was “pathetic,” adding: “Tories do it to themselves again. Another Liberal election next time around.”

The entire interview consists in host Evan Solomon unsuccessfully trying to bait McNaughton into saying that he opposes the sex-ed program because Premier Wynne is a lesbian.

Monty McNaughton interview on Power & Politics. Pathetic. Tories do it to themselves again. Another Liberal election next time around.

Lawler is also a member of the Ontario Liberals of Kitchener-Waterloo. He used his Twitter platform in June 2014 to attack PC leader Tim Hudak while showing support for Kathleen Wynne’s campaign. “Hope it has people vote Liberal,” he tweeted June 5, 2014 after linking to a political cartoon.

The ‘most non-catholic Catholic school board in Ontario’

Prior to his top position with the Assembly of Catholic Bishops of Ontario, Lawler was director of education for 15 years at the Waterloo Catholic District School Board (WCDSB), which has been criticized as the “most non-catholic Catholic school board in Ontario.” Under his watch the board approved a number of controversial materials for school use as well as problematic policies that critics at the time said “created an air of tolerance towards active homosexuality.”

• January 2006 – FLAC decides that material originating from the pro-life organization Right to Life “may not be appropriate for students.”

• April 2006 – FLAC approves the use of a brochure titled “Hiding Its Face,” which gives students information about the annual May 17 “National Day Against Homophobia.” The brochure specifically names the Catholic Church, accusing the Church of placing “great value on homophobia” and of not admitting to being “anti-gay.” In a 2010 letter obtained by LifeSiteNews, Lawler praised FLAC for ensuring that educators had the “best resources and programmes to support student learning,” noting that the committee “allowed for recommendations” to be made directly to himself as Director of Education.

• April 2006 – FLAC authorizes the use of a brochure by PFLAG (Parents, Families and Friends of Lesbians and Gays) as a resource for teachers, social workers, chaplains, and “as a support for parents with GLBTQ students.”

• March 2007 – Lawler does not condemn a teacher resource book titled “Open Minds to Equality” when presented evidence that the book opposes Catholic teaching. The book states on page 16: “The heterosexism in our society fosters homophobia, the fear and hatred of homosexuality which is grounded in prejudice and stereotyping.”

• November 2007 – Lawler tells a board committee in a written memorandum that there can be “legitimate” differences of opinion on matters of faith and morals. “Faith and one’s understanding of faith is not static. As we learned and have been taught as a Post-Vatican II people, we are a Church with rich diversity,” he writes. “Diversity also can bring about differences of opinion in areas like theology, faith, and morals. This is natural and healthy for a living, dynamic Church.”

• November 2009 – The WCDSB pays $15,000 to Justin Trudeau, a Catholic who publicly dissents from Catholic teaching on abortion and homosexuality, to have him come and speak at school events.

• March 2011 – A religion teacher is caught administering a ‘homosexuality test’ to grade 9 students, marking an answer wrong when one student wrote ‘true’ to the question: “Gay people are very different from straight people.”

An online job description for the position as ACBO’s General Secretary lists “knowledge of and commitment to Catholic Doctrine” as one of the requirements for the position.

‘I decline. Thank you very much. Goodbye.’

LifeSiteNews sought Lawler’s response for this article, but he refused both by email and phone.

Asked on the phone if he was interested in discussing the story, he said, “No, I am not.”

When LifeSiteNews informed him that we hoped to give him a chance to state his side, he said, “No, I decline. Thank you very much. Goodbye,” then hung up the phone.

All dioceses and bishops in Ontario