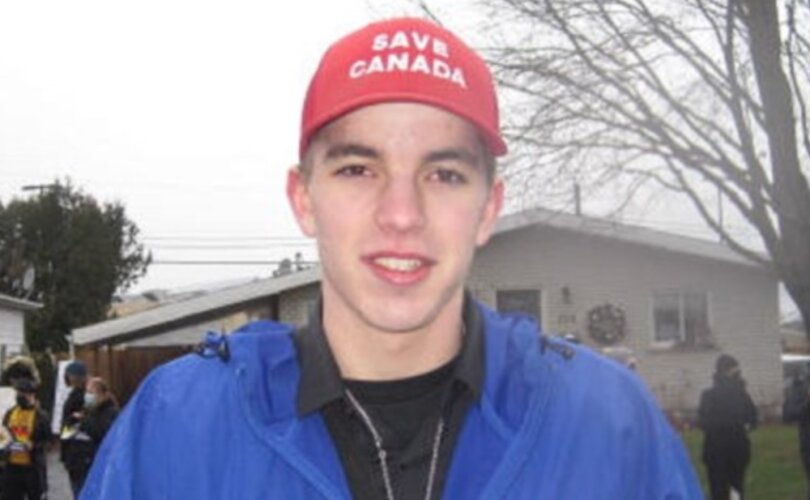 RENFREW, Ontario (LifeSiteNews) – Josh Alexander is a Canadian high school student facing expulsion from his Catholic school because he took a stand against biological males using the girls’ bathroom at his school.

Alexander, who has been suspended, spoke to LifeSiteNews and told his story.

A Christian, the teenager believes that there are only two genders, or sexes, which is taught in the Bible.

Alexander told LifeSite that this issue had come up at school in his law class and math class, where he debated his classmates on the issue.

Some of the girls at school confided in Alexander that they were made nervous by males using the girls’ washroom. There is no reason a biological male, even one who identifies as the opposite sex, should have to use the girls’ facilities, as there are multiple gender-neutral bathrooms in the school.

— Article continues below Petition —
Stand with Josh Alexander against school that allows boys to use girls' bathrooms
Show Petition Text
5609 have signed the petition.
Let's get to 6000!
Thank you for signing this petition!
Add your signature:
Show Petition Text

Alexander went to his school administration on behalf of the girls who approached him with their safety and privacy concerns, only to be told they “wouldn’t take his concerns seriously unless a girl said it.”

He returned with one of the female friends who had confided in him, but the school administration refused to take steps to ensure girls’ comfort and privacy.

To take action against the ineffectiveness of the authorities, Alexander decided to organize a walkout in support of the right of girls to access their facilities without the intrusion of biological males.

Alexander posted videos to social media which were shared by the organization Save Canada, to which Alexander belongs. His demonstration was also supported by the Ontario Party, which is led by Christian pro-life leader Derek Sloan.

For his efforts, the school administration suspended him indefinitely and sent an email stating that any student who participated in the demonstration would be banned from accessing school transportation. This was especially difficult for students, as many students travel long distances to attend St. Joseph’s in Renfrew.

Still, a dedicated group of people showed up from the community to express their solidarity with the female students who felt unsafe at school.

A local group that advocates for the presence of biological males in washrooms reserved for girls wrote on social media about Alexander and Save Canada, calling the patriotic group a “terror organization.”

Save Canada describes itself as a “group of undervalued Canadians who got tired of seeing our country collapse.” It is a registered non-profit organization.

The person who posted indicated that he or she had decided to pull his or her child from the school because he or she believed Alexander’s insistence that female-only spaces should be reserved only for females made the school environment unsafe.

Presently, Alexander is waiting to hear from administration if he will be expelled.

LifeSiteNews reached out to the Renfrew District Catholic School Board but has not yet received a reply.