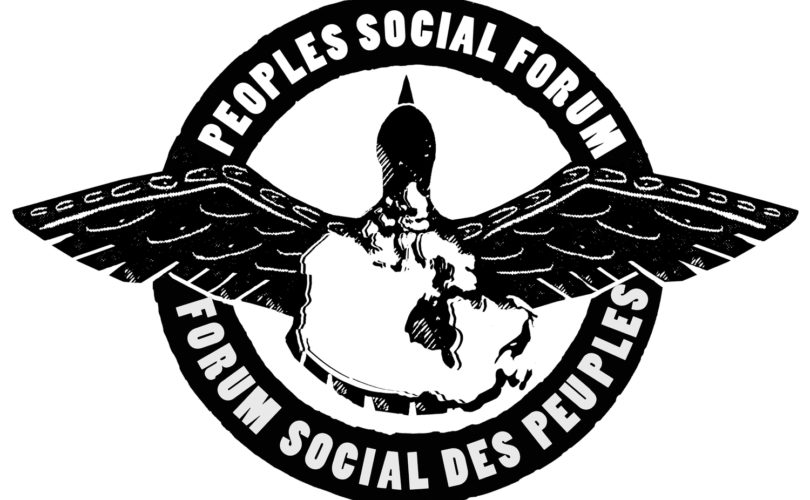 Earlier this summer, the Ontario English Catholic Teachers’ Association (OECTA) made headlines for its participation in WorldPride, despite sharp criticism from Catholic leaders.  As the new school year approaches, OECTA finds itself caught in controversy again, as it is encouraging its members to attend the Peoples Social Forum (PSF) later this month in Ottawa.

The Peoples Social Forum, which takes place from August 21-24, is a political networking conference characterized by Marxist, anti-Israel, and pro-LGBTQ activism.

Among the different issues that the Forum involves itself in is radical gender politics.  Gender is one of the sixteen themes of the Peoples Social Forum, which asks on its website:

How can queers and trans-folks bash back against ongoing discrimination and hatred? How can we subvert heteronormativity? What does patriarchy and feminism look like in the 21st century? How is poverty gendered? What is patriarchy's relationship to displacement, colonization, war, and capitalism?

According to the conference’s program, gender and sexuality-related workshops include “an overview of LGBT rights in Canada and how they were gained by unions,” which is to be presented by the Ontario Public Service Employees Union and the International Lesbian Gay Bisexual Transgender Intersex Association.  Other workshops will address transgender activism and “strategies for lesbian workers in the face of heteronormativity in the workplace.”  A participatory workshop given by members of the Toronto New Socialists “will explore directions for radical experiments to launch a new ecological, feminist, anti-racist, queer, anti-colonialist, anti-capitalist left.”

There will also be three presentations about sex workers. One is about “sexual sovereignty and indigenous folks in the sex trades.”  The workshop description claims that “attacks on bodily/sexual sovereignty of folks in sex trades (criminalization, erasure) are rooted in colonial assaults on Indigenous lands and traditions.”  The workshop, which is presented by Naomi Sayers of the Sex Workers of Southern Ontario, will “amplify lived experiences/knowledge of Indigenous, racialized, queer, trans & two-spirited, poor, sick/disabled, sex trading/working folks.”  Another sex trade workshop is called “Caucus for people with experience selling or trading sex.”  A third, presented by the anarchist organization No One Is Illegal, is called “Migrant Sex Workers: Criminalization and Resistance.”

Religion will also be discussed at the Peoples Social Forum.  “The Christian church has a sad history of collaboration with systems of domination, but is founded on the radical overturning of oppression,” reads the description for “Jesus and Revolution,” a workshop given by Anglican priests Maggie Helwig and Andrea Budgey.  The workshop description continues, “Join us to explore radical Christianity, and how faith groups can work within social movements to create a more just world.”

Neither Helwig nor Budgey are strangers to far left activism.  Helwig was heavily involved in the Occupy Toronto protests in 2012.  Last year, Budgey chained her head to a piece of equipment at an Enbridge construction site in order to protest the Line 9 pipeline, forcing the energy company to shut down operations at the construction site for the day. Both have marched at the gay pride parade in recent years.

Other organizations and individuals presenting at the conference include the Anarchist Welcoming Committee, Chris Dixon of the Institute for Anarchist Studies, the Young Communist League of Canada, Socialist Action, the International Socialists, Socialist Alternative (Canada), and the Fightback Marxists.

OECTA will not be the only teachers’ union at this radical political conference.  Dianne Woloschuk, the president of the Canadian Teachers’ Federation, will be giving a presentation about “involving youth in social justice through schools” while the Ontario Secondary School Teachers Federation is listed as a participating organization in the conference.

LifeSiteNews contacted OECTA to ask how its participation at this event furthers their mission to advocate for Catholic teachers and whether it could present a scandal, but did not hear back by press time.