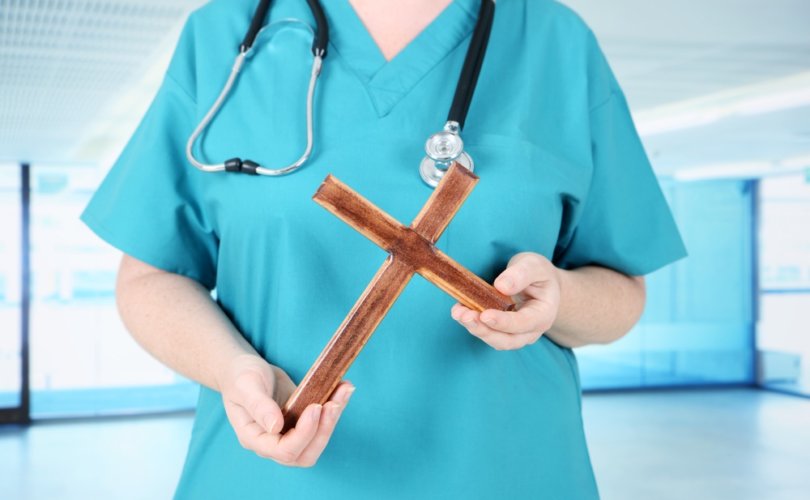 TORONTO, June 1, 2018 (LifeSiteNews) – A group of Ontario Christian doctors is appealing a court decision that overruled their Charter right to conscientiously object to participating in abortion and euthanasia.

In a ruling that has far-reaching implications for freedom of religion, Ontario Superior Court decided in January that allowing the province’s doctors to exercise their Charter conscience rights would “establish a real risk of a deprivation of equitable access to health care.”

The doctors launched a constitutional challenge last year to the College of Physicians and Surgeons of Ontario (CPSO) policy requiring them to give patients an effective referral — that is, to an accessible colleague willing to do the act — for any medical “service” they morally object to, notably abortion and euthanasia.

A further CPSO policy requires doctors to perform these “services” themselves in unspecified “emergency” situations.

“There’s been many jurisdictions in the world that have approved assisted suicide, or euthanasia, but none of them have forced their doctors against their conscience to refer or perform these procedures,” he said.

His group is one of three, along with the Christian Medical and Dental Society of Canada and Canadian Physicians for Life, who joined five doctors to argue the CPSO policy is unconstitutional.

But the court quashed their challenge, ruling the CPSO policy did violate the doctors’ Charter rights, but was a “reasonable limit” on those rights in the context of “ensuring access to health care.”

The 46-page ruling, written by Justice Herman Wilton-Siegal in concurrence with Justices Richard Lococo and Wendy Matheson, held that the consequences of the CPSO policies are “not trivial” and “may require an accommodation” on the doctors’ part, but do not “extend to deprivation of the ability to practice medicine in Ontario.”

They ruled “the evidence in the record establishes a real risk of a deprivation of equitable access to health care, particularly on the part of the more vulnerable members of our society, in the absence of the effective referral requirements.”

The doctors’ groups excoriated the ruling at the time.

Dr. Ryan Wilson, president of the Canadian Physicians for Life (CPL) said the decision puts doctors “who entered the field of medicine to provide quality, compassionate, and patient-centered care” in “an impossible position.”

On May 11 the doctors’ groups were granted leave to appeal, and their lawyer Albertos Polizogopoulos filed an application with the Court of Appeal May 18 on their behalf.

His application argues the Superior Court erred in law on 20 grounds, and erred in fact on at least 15 grounds, and asks the appellate court to set aside the ruling and nullify the CPSO policy.

The application argues there was “neither evidence nor legal authority” for the court to conclude that the Charter’s Section 7 “includes a right to equitable access to legal medical procedures.”

The court further erred by ruling the CPSO’s “statutory objectives” include an obligation to “ensure access to health care” and to direct members to comply with “purported and contested Charter values in their practice of medicine.”

The CPSO’s “mandate is to ensure that individuals practising medicine in Ontario are competent and qualified,” the appeal application states.

The doctors’ appeal also contends the court essentially “blamed” them for the situation.

The ruling states the doctors’ Charter rights are violated because of the “conscious choice of the physician to practice in circumstance in which such a conflict could arise.”

This “effectively turns the Charter on its head and removes its protections by blaming the applicants, rather than the impugned policies, for the religious freedom violation,” notes the appeal application.

The doctors’ case was heard last June over three days in order to accommodate nine intervenors including the Liberal government, which backed the CPSO.

Also intervening in support of the CPSO were Dying with Dignity Canada, the Canadian Civil Liberties Association, Canadian HIV/AIDS Legal Network, and the Canadian Professional Association for Transgender Health.

Intervening for the Christian doctors were the Catholic Bishops of Ontario, the Catholic Civil Rights League, the Justice Centre for Constitutional Freedom, and the Evangelical Fellowship of Canada.

It is not clear at this time which of the intervenors, aside from the Liberal government, will be filing to intervene at the appeal, a date for which has not been set.