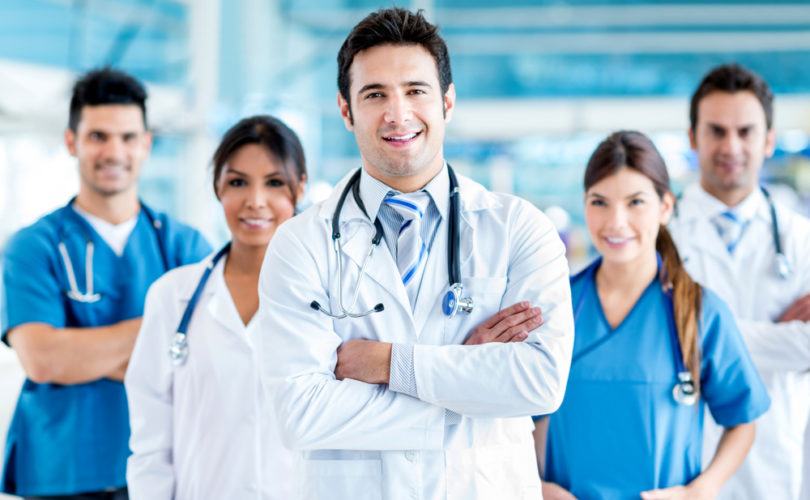 TORONTO, March 24, 2015 (LifeSiteNews.com) — More than 550 Ontario Christian doctors are asking the province’s courts to throw out new regulations that would compel them to refer patients seeking abortions or assisted suicide to colleagues without moral objections, or even do the procedures themselves if necessary.

“My conscience and religious beliefs do not allow me to engage in procedures to which I have a moral, ethical or religious objection,” said Dr. Diane Haak, president of the Christian Medical and Dental Society (CMDS). The group, which was supported by the Canadian Federation of Catholic Physicians, held a press conference at Queen’s Park in Toronto on Thursday morning to announce the challenge.

At issue is a new policy approved by the governing council of the Ontario College of Physicians and Surgeons earlier this month. It requires doctors to refer any procedures they are unwilling to do themselves to doctors or clinics they know will do them, and to do the procedures themselves if no one else is available and harm would result from delay.

The policy does not specify abortion or assisted suicide, but CMDS executive director Larry Worthen told LifeSiteNews there is no doubt this is what the new rules are intended to cover.

The College cites the Ontario Human Rights Code in justifying the new regulation, claiming that both it and the Canadian Charter of Rights and Freedoms recognize that patients have a right to prompt and complete service, including referrals, from every member of the medical profession.

But Worthen says the Charter only governs how public institutions treat individuals. “It doesn’t apply to whether individual doctors provide their patients with all services allowed by law. But it does apply to how the College of Physicians and Surgeons treats us.”

“The Charter protects our members’ freedom of conscience and religion. The Supreme Court says there can only be ‘minimal impairment’ of those rights. So the challenge for the College will be to prove they cannot achieve their goals of providing these morally objectionable services except by forcing every doctor to participate.”  The CMDS does not believe the College can do this.

Worthen noted that it is already the case that many doctors do not provide all medical services covered by the provincial health plan. What is more, he said, “You don’t even need a referral to get an abortion.” So why, he asks, is refusing to give a referral discrimination?

A lawyer who worked for the Nova Scotia government until three years ago, Worthen said, “I joined the CMDS because my son was studying internal medicine and I became worried that, as a Catholic, he wouldn’t be able to practice medicine.”

The College of Physicians and Surgeons invited public input on the proposed policy, which originated with a like-minded group of lawyers with a federal grant to study conscience rights in the medical profession. Operating as the Conscience Research Project, they approached the provincial medical professions in 2013 with a model policy effectively undermining the freedom of conscience of doctors.

Though surveys indicated that three quarters of the public and the same proportion of the palliative care doctors in Canada opposed the model, both the Saskatchewan and Ontario colleges gave approval in principle to virtual duplicates of the model. Earlier this month the Ontario college gave final approval and on Thursday the Saskatchewan body is expected to do the same.

“Now that they know we are challenging Ontario in court,” said Worthen, “I hope [the Saskatchewan college] will delay their decision.”