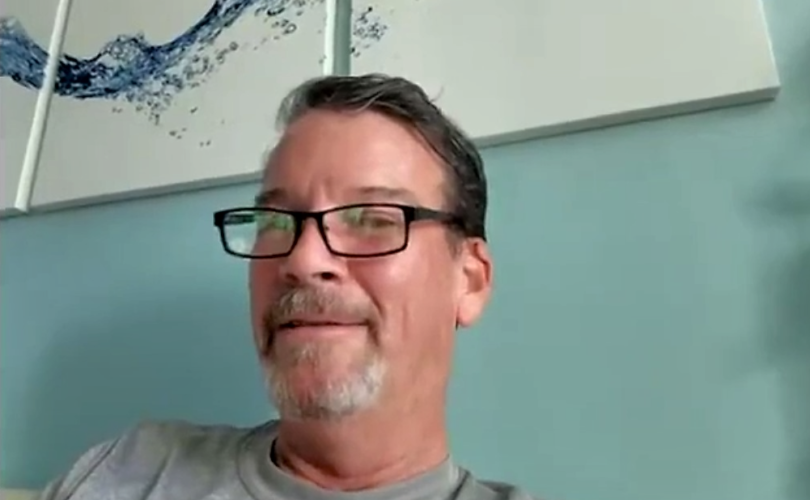 Matheson, who has been practicing emergency medicine across Canada and internationally for many years, was featured on a short video with independent journalist Maryann Gebauer on July 22 when he addressed the sudden deaths of multiple physicians in his home nation.

He mentioned knowing one of them, Dr. Paul Hannam, who was “a very fit former Olympic athlete” who died at age 50 while out for a “normal jog” on July 16.

Three other physicians who worked for Trillium Health Partners also died on July 17, 18, and 21, directly after another rollout of experimental COVID doses, with a young 27-year-old female triathlete doctor dying on July 31.

Perhaps in light of such deaths, and his fellow physicians in Toronto beginning to notice a significant problem with “a lot of younger, seriously injured people coming into the emergency rooms,” Matheson believes his colleagues will not submit to any more booster shots.

Asked to identify the most common injuries he has seen in Ontario, the physician specified “neurological injuries,” and added they had been seeing many strokes and blood-clotting disorders as well.

After initially learning the contents of the experimental vaccines, Matheson said he discovered a research paper that confirmed “the lipid nanoparticle they’re using is the best way to get stuff into the brain.”

“Why would you put something in someone’s body that’s targeting the brain for an inflammatory reaction? That’s insanity,” he said. “They’re trying to tell us [the vaccine] stays in the arm, but that technology targets the brain specifically.”

On July 29, the National Post reported that Matheson was the “latest” doctor “suspended for spreading COVID disinformation.” The Ontario Physicians and Surgeons Discipline Tribunal (OPSDT) said that Matheson “ignored COVID-19 public health directives about mask wearing,” he told his patients that “a mask would not help with COVID-19,” and that they could indeed “have potentially severe side effects.”

The OPSDT classified this behavior as “disgraceful, dishonourable and unprofessional,” despite significant evidence supporting the validity of Matheson’s view, and suspended his medical license for nine months.

Since the advent of COVID-19, governments, medical regulators and non-profit agencies have been striving to intimidate and silence physicians who have arrived at evidence-based conclusions regarding this virus and the dangers of its experimental gene-based vaccines.

In Canada, the National Post reported the OPSDT “has launched at least 70 investigations,” and Alberta has seen the practices of six doctors restricted for such actions and British Columbia has had two.

In January, Dr. Meryl Nass had her medical license suspended in the U.S. by Maine’s Board of Licensure in Medicine (MBLM) for treating her COVID-19 patients with off-label medications that have nonetheless been widely reported as effective against this virus and for making certain claims the MBLM “deemed a danger to the public.”

At the time, Nass reported, “Fifteen states have charged doctors with ‘misinformation’ and threaten their licenses,” often for prescribing life-saving drugs like ivermectin and hydroxychloroquine.

More recently, Dr. Peter McCullough shared with LifeSiteNews that he has received notice of potential disciplinary action from the American Board of Internal Medicine because of his stance on the COVID-19 response.

The Dallas-based internist, cardiologist, and epidemiologist said the letter from the Board “cited public statements” he has made concerning COVID-19 with which the board disagreed.

McCullough has publicly and repeatedly denounced the draconian COVID-19 restrictions, lockdowns, and mandates imposed over the past two years, advocating instead for the cultivation of natural immunity and early treatment through effective therapeutics.

The physician said the board is essentially attacking doctors who disagree with the prevailing narrative on the COVID-19 pandemic response, including himself and Dr. Pierre Kory, and that they were putting together “basically a kangaroo court” to adjudicate his case in the coming weeks.

The positions of Matheson, Nass, McCullough and many others are supported by a coalition of over 17,000 physicians and scientists calling themselves the Global Covid Summit (GCS). In mid-May, they released a statement and hosted a press conference outlining 10 foundational principles that demanded the freedom necessary to properly treat their patients, and to speak and share their sincere medical discoveries and opinions with others.

They also declared that the “corrupt medical alliance of pharmaceutical, insurance, and healthcare institutions” along with “government and medical agencies” must be held accountable for “nothing less than crimes against humanity.”