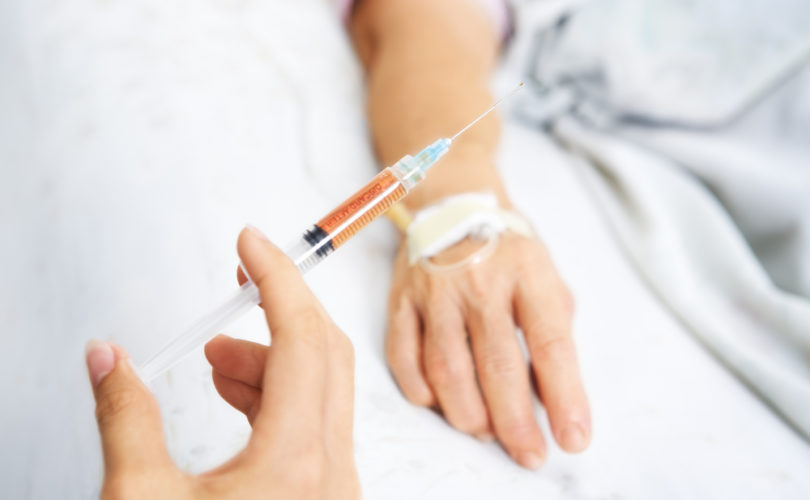 TORONTO, January 7, 2016 (LifeSiteNews) – The Ontario government’s much-ballyhooed consultation on euthanasia and assisted suicide is already turning away would-be participants in Toronto and Ottawa as anti-euthanasia leaders urge supporters to voice their views.

While those leaders believe the consultation is biased in favour of “wide-open euthanasia” they are still strongly urging opponents of medical killing to sign up for one of the remaining public forums in the eight-city, two-week tour, which starts today in Sudbury.

The public can also participate by filling out an online Ontario government survey or, more simply, by e-mailing the government with their views. “People are telling me the questionnaire is one-sided and doesn’t let them express their opposition,” Alex Schadenberg, executive director of the London, Ont.-based Euthanasia Prevention Coalition, told LifeSiteNews. “I’m responding: ‘Don’t tell me that, tell the government that.’”

Schadenberg said he has been saying the Ontario government has a pro-euthanasia bias since it, along with other provincial governments, formed a commission to study how to regulated assisted suicide and euthanasia after the Supreme Court of Canada legalized them a year ago. Despite the bias, he says, those opposed should make their views known.

“Absolutely opponents should still have their say,” Schadenberg said. He is circulating internet links provided by the government to its consultation.  “If you say nothing, that’s the best way of ensuring you get what you don’t want.”

“Much, much, much clearer oversight of the process,” is at or near the top of Schadenberg’s own list of recommendations. The commission created by the Ontario and other provincial governments called for an oversight process that was badly flawed, he added, in that it called only for an independent audit of only a sample of all the assisted suicides and euthanasia injections and only after the patients have died.

As well, Schadenberg calls for restrictions on euthanasia that allow it, “only as a very last resort, if at all.” He said the Supreme Court decision in the Carter case legalized assisted suicide but did not permit euthanasia, a position disputed by advocates of both.

Commenting on the report of the provincial commission, he said, “Its recommendations leave the vulnerable unprotected,” meaning children as young as 12, the disabled and the aged, who can be coerced by caregivers into consenting to doctor-assisted death. The part of the Criminal Code struck down by the Supreme Court in Carter said that even when a person consented to a fatal injection, the provider was guilty of homicide.

“The commission went far beyond assisted suicide and far beyond the Supreme Court,” said Schadenberg. “And that’s what the Ontario government wanted. It was clear from the people it selected for the commission.”

Schadenberg also argued that the provincial governments were acting prematurely in considering how to respond to the Carter decision, because the federal government has yet to decide its reponse and change the Criminal Code  to restrict medically-assisted killing. “The provinces are pretending it is a medical issue, but giving a lethal injection into someone is not a medical treatment.”

A spokesperson for the Campaign Life Coalition joined Schadenberg in urging pro-lifers to participate in the forums. CLC’s Mary Ellen Douglas told LifeSiteNews, “If nothing else, when we show up at the forums we can see whether process is biased against us. We can see whether the panel will listen to us. [If they don’t]We can expose that.”

Douglas agrees with Schadenberg that the Ontario government has made up its mind, just as it had on the notorious sex education curriculum being imposed on provincial schools after a consultation that was in her view no more than window dressing. “[Premier Kathleen] Wynne did the same thing there as here.”

Douglas hopes to attend the forum in Kingston, but she expects it will be packed with local health workers who have long been pro-euthanasia, in her view. “We can still work the crowd, express our views,” even if denied a turn at the microphone. “We can gather information and make a case that the whole thing was biased.”

You must pre-register to attend the consultation in person (Link to registration page). Consultation dates: