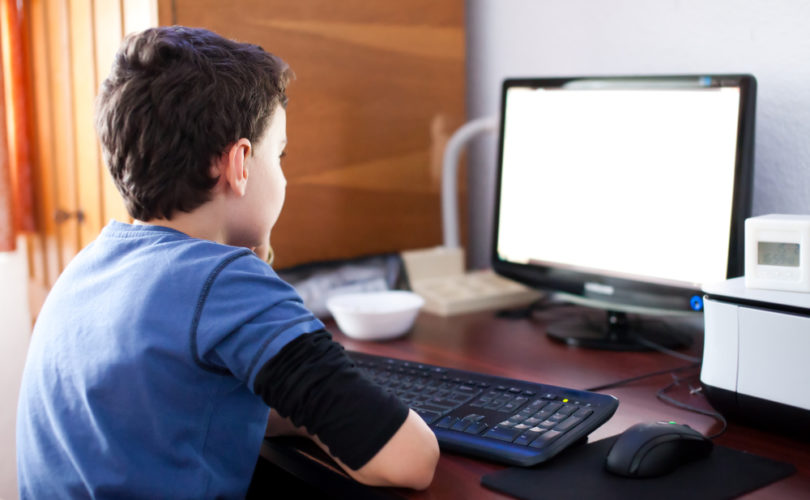 CAMBRIDGE, ON, September 21, 2015 (LifeSiteNews) – After parents reported that elementary school students are accessing pornography, racist and obscene material on school computers, a Waterloo Region District School Board trustee has filed a motion to amend the board’s religious accommodation policy so parents can request school-based computer filtering.

Trustee Cindy Watson’s September 14 motion was motivated by Cambridge father-of-four Jacob Reaume’s assertion that, among other incidents, children in Grade 2 had accessed video images on school computers of a couple having sex.

“I’m asking that our religious accommodation policy be amended to include technology and devices,” Watson told LifeSiteNews, “so that if a parent wants an accommodation, they’re able to say, ‘I would like my son or daughter’s [school device] with the filtering on it.’”

That’s because, she said, while the board has a “bring your own device” policy, not every parent can afford to supply a device for each child.

Reaume’s campaign to clean up Waterloo district’s schools began last spring when his two oldest children, then in Grades 4 and 5 at Clemens Mill Public School, told him on several occasions that they had seen online soft-core pornography, as well as racist and vulgar YouTube videos, at school.

“Just so I’m clear, this is on a school computer, during school time, on the school wi-fi,” Reaume told LifeSiteNews in a telephone interview.

The senior pastor for Harvest Bible Chapel Waterloo Region, Reaume said he was further alarmed to hear from other parents that what his children said they saw “was pretty tame compared to stuff that other children have seen.”

That included a Grade 2 girl whose classmate allegedly showed her a video of a couple copulating, and another child caught accessing pornography on a school computer who was subsequently banned from Internet use.

He said he brought up the issue with the school principal, the superintendent and the board’s Chief Information Officer Mark Carbone, but without a satisfactory response.

So with no change in the situation by July, Reaume launched the website and online petition “Keep Waterloo region schools safe.”

And he was present at the September 14 board meeting to give his side of the story – as was Carbone.

The Chief Information Officer told LifeSiteNews in a telephone interview that the situation is complicated. “The reality is a lot of things come into play here. Certainly the idea of censorship comes into play. What some people would describe as pornography, others would not,” Carbone said.

And over the years, “the flavor” of requests from teachers regarding online content filtering has been “could you open things a bit more from the way that they are now,” and “make it easy to use, don’t make it so cumbersome,” he stated. “That’s the message we’ve had loud and clear from teachers.”

“Trying to hit the sweet spot is, frankly, it’s a challenge,” Carbone said. “If you overdo the ‘easy and no controls’, then you’ve got too much exposure. If you have too many passwords, it’s too hard to use. If you lock it down, you skew the search results.”

Carbone also said the WRDSB has a “reporting mechanism” in which a teacher who encounters such incidents will “submit a ticket and report an issue,” so he can deal with it. There are about 70,000 users in the school system and about 30,000 devices, he said.

In Reaume’s case, however, his children came to him.

In fact, Reaume says he was “corrected gently” by school personnel “and encouraged to correct my kids gently, because my kids came to us first instead of the teachers.”

“And my response to that is, of course, ‘I’m the parent and you’re not, and I’m really thankful they came to me’,” he told LifeSiteNews, pointing out that he and his wife have “talked to our kids about this again and again, so their consciences are very sensitive.”

It is, however, more difficult to ascertain what happened under those circumstances, contended Carbone.

“I’m not suggesting that what he’s reporting is inaccurate, at all,” he said. “All I’m saying is that when you hear about it after the event, it’s difficult to go back and recreate that situation so that we can take quick action on it.”

But for Reaume, the solution is obvious. “It’s so simple. It’s so easy.”

He wants the board to install enterprise level firewall appliances at each school. He even offered to pay, over time, the $1,500 he says such an appliance would cost for one at Clemens Mill.

“You give the teacher the appliance they need to do the job properly, and this is a very, very, very simple solution,” he said.

Not, however, according to Carbone, who confirmed that the board’s content filtering is done “through one system centrally that affects all the schools” and “it affects both our wired network and wi-fi, it’s all one and the same.”

But “filtering at each school level” won’t solve the problem, he said. “It doesn’t matter what filtering system you use, none of them are perfect. And could something pop up? Yeah, it could.”

“And it could pop up whether you’ve got a device at each school or done centrally. There’s always going to be some risk there, just due to the fast changing nature of the Internet.”

Moreover, central control is easier, Carbone admitted. “If I take a blatant example, Playboy-dot-com, I can block that centrally, wired and wireless networks, and it’s once. If I have a device at every school, then I have to do that 120 times for the same result.”

But backing up Reaume’s request for school-based filtering, are both trustee Watson, and Dave Appleton, who runs a Plattsville-based IT company, Netsolve.

Appleton agrees with Carbone that “the Internet is an ever-changing monster,” difficult to filter and police. But to say all filtering systems are “the same, no, that is not correct,” he told LifeSiteNews.

“As an IT person, I’ve got to give the best recommendation, and the best solution would be to have a device at every location,” he said. “When Jacob came to me, I was kind of shocked to learn that the board hadn’t at least been using some kind of enterprise appliance.”

Appleton says that school-based enterprise appliances could be customized, with more stringent filtering for lower grades, teachers could use override passwords if the filters blocked legitimate sites, and the problem of kids accessing inappropriate sites would be eliminated, or certainly, it would be at the elementary school age level.

An IT consultant for 12 years, Appleton says he has dealt with this issue many times, and has his own four-gauge appliance running his business connection out of his home.

“It’s wonderful,” he said. “I’ve got teenaged daughters. I don’t have to worry about their friends coming over and hooking up to the wi-fi and doing some things they shouldn’t.”

And while it’s more difficult to filter YouTube than websites, Appleton said there are now ways to block it “except for the educational portal.”

Meanwhile, Reaume and his wife “just took our kids off computers at school for the rest of the year,” he said, adding that in his experience, “multimedia” has been used in schools for “entertainment or babysitting.” His son had also reported watching Spongebob at school, and students reputedly being offered free Internet time as a reward for good behavior.

And he and his wife have since pulled their children out of the public system. “They’re in private school now.”

Nevertheless, Reaume remains engaged in the battle with WRDSB, and is happy with Watson’s motion. “I think it’s good. I think if that motion passed, that would do the trick.”

Watson said that she didn’t realize “there wasn’t any filtering” at the school level until she saw a news item on Reaume’s situation.

She said that it’s hard to know the extent of the problem because the “shame” element makes both parents and students reluctant to disclose if a child has, whether intentionally or not, accessed pornography or other inappropriate material at school.

“It’s a difficult thing to monitor, in my opinion,” Watson said. “This is probably something that boards are going to have to deal with in the future.”

“I’ve got one daughter left in high school. If my kids were young and this was going on, I’d be considering yanking them out,” he said, adding that two nine-year-olds trying to get into a restricted movie wouldn’t have a chance.

“But two nine-year-olds can walk into the library at the school and pull up material that they shouldn’t be seeing,” Appleton said. “Come on, really? This is our school board?”

Watson’s motion will be debated and voted on at an as-yet-unspecified date.