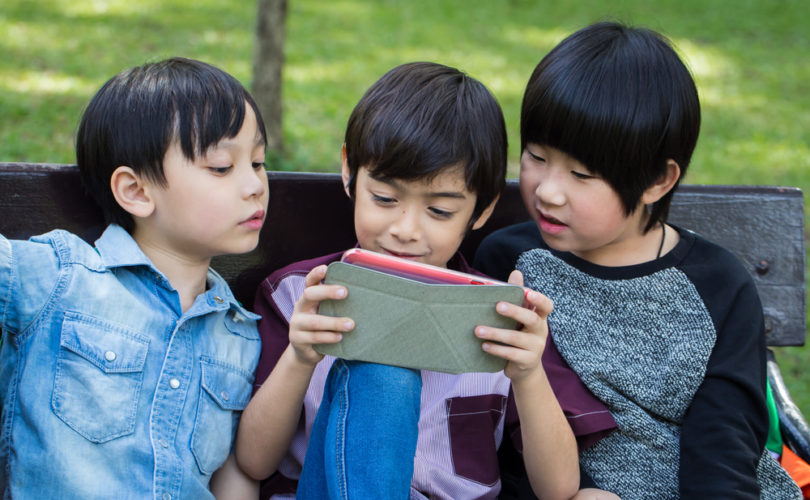 TORONTO, February 24, 2016 (LifeSiteNews) — Ontario Education Minister Liz Sandals says the sex-ed curriculum is the solution to children as young as age six accessing explicit pornography while at school — a response that has pro-family advocates fuming and denouncing the minister as self-serving and deceitful.

The latest of an increasing number of reports of Ontario’s children being exposed to sexual images on school computers or on their own devices while at school, an Ottawa couple told the media their six-year-old son saw a video of explicit lesbian sex on a school computer.

Sandals responded by telling reporters that the sex ed curriculum helps children deal with such images, according to National Post’s Ashley Csanady.

“All you need is one kid in the playground going looking for the bad stuff and every kid sees it,” Sandals stated.

“So that’s why we have curriculum that tries to help kids know how to be safe on the internet and also to process what they’re seeing, because they’re seeing stuff their parents don’t want them to see.”

Sandals said the incident “demonstrates what we’ve been saying with the health and physical education curriculum, which is, once your kids step out of your house, and often while they’re still in your house and up in the bedroom and you’re not watching, these kids can access pretty much anything.”

But Campaign Life Coalition’s Jack Fonseca blasted the minister’s remarks as just “one more lie on top of the stack of fibs already sputtered by Minister Liz Sandals.”

The sex-ed curriculum the Liberals rolled out in all publicly funded schools this September won’t help “kids cope with pornography” as Sandals claims, he told LifeSiteNews.

“In fact, it’ll do the exact opposite. It’ll make them prematurely curious about sex, so they’ll go searching for it online after hearing all about in the classroom.”

Conservative MPP Monte McNaughton also decried Sandals for “pivoting” away from the real problem and using parents’ anxiety that their children will view pornography at school as a “convenient way to justify her ill-conceived sex-ed curriculum changes.”

“This isn’t about the curriculum,” he told LifeSiteNews in a telephone interview. “This is about government ensuring that our children in a publicly funded education system are protected with the highest level of internet safety, and it’s not happening.”

“Our schools should be the safest place for kids,” added the MPP for Lambton-Kent-Middlesex and the father of a pre-school-aged daughter, “and unfortunately we have an education minister who’s now blaming individual school boards, when the buck stops with her.”

Before the Ottawa incident, parents John and Eva Himanen have been battling the York Region School District for more rigorous internet content filters for the last two years, and Jacob Reaume, senior pastor at Harvest Bible Chapel Waterloo Region and father of five, has been engaged in a similar fight with the Waterloo Region District Board for almost a year.

McNaughton says that the province has to step in because “right now we’re seeing a patchwork system” where “there’s no consistency from one board or community to another.”

“There needs to be a province-wide solution that forces every school board to protect our kids in elementary schools,” he told LifeSiteNews, adding that he raised the matter at Queen’s Park in November, and “it’s something my office continues to hear a lot about and something that I’m continuing to work on.”

However, according to the Post article, Sandals sees it differently. (LifeSiteNews contacted the minister’s office for clarification of her remarks, but did not hear back by deadline.)

“You can’t just say here is the magic solution for the province because each school has got a different technical background,” Sandals said, adding: “Boards try really really hard to ensure the safety of students using the internet.”

He argues that the curriculum is neither helpful nor even neutral when it comes to pornography, but is in fact, pro-pornography, and that the experts consulted in developing the sex-ed curriculum actually “believe pornography can be a good thing” but can’t risk saying so because of parental outcry.

This is “more than a bit suspicious,” given that “Wynne Liberals claim” that the sex-ed curriculum “is all about protecting kids from the dangers of ‘cyberspace’ and ‘the internet’,” observes Fonseca.

Fonseca draws attention to the fact that the Liberals consulted Planned Parenthood Toronto, a leading sex education expert, in developing the curriculum. Planned Parenthood Toronto’s educational resources included the pamphlet “Making Sex Feel Good,” which is aimed at 13-year-olds and actually encourages the use of pornography. “‘Looking at sexy magazines or movies and using fantasy is another way to explore what you like and don’t like sexually,” reads the organization’s sex-ed resource.

One example of this, Fonseca noted, was pro-abortion anti-Catholic activist Julie Lalonde, founder of the “Radical Handmaids,” addressing Grade 10 students in a Kingston Catholic school in October 2015. Lalonde told the teens it’s okay for a girl to send a nude picture of herself to her boyfriend, and that making a sex tape could possibly help one’s career.

And on Monday night, the WRDSB trustees rejected trustee Cindy Watson’s motion to survey parents, but she and trustee Natalie Waddell introduced a motion asking the director of education to put out a request for proposals for the installation of a graduated internet filtering system.

Reaume is urging people to email WRDSB trustees in support of the motion, which if passed will give the private sector “the opportunity to bid on fixing this problem,” and which will be debated sometime in March (for more information go here).