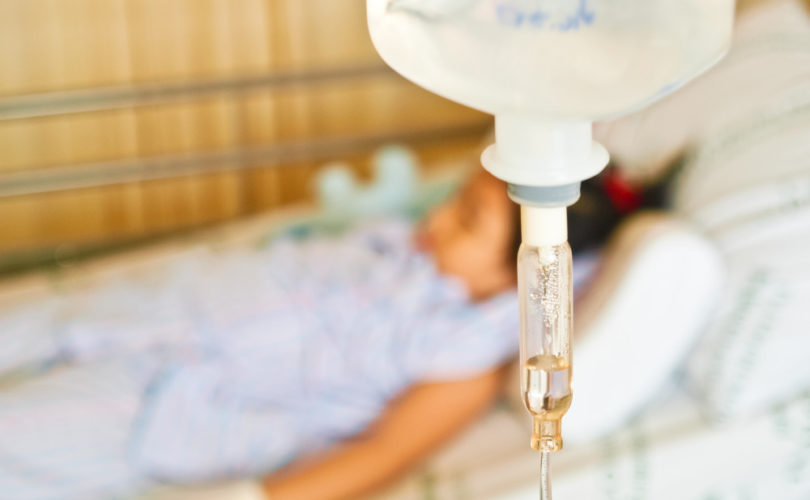 TORONTO, December 16, 2015 (LifeSiteNews) – “A stacked deck” of pro-euthanasia academics has recommended that children 12 years of age or younger be eligible for assisted suicide or euthanasia, and palliative care  hospices, religious-based care providers and health professionals must violate their consciences to “aid and abet” state-mandated killing of patients in care.

“It’s pretty awful,” was disability rights advocate Amy Hasbrouck’s reaction to the just-released recommendations of the Ontario government’s grandly-named Provincial-Territorial Expert Advisory Group on Physician-Assisted Dying. Hasbrouck, the director of Not Dead Yet, says the advisory group “obviously didn’t feel it necessary to protect the vulnerable, the handicapped and the elderly.”

The Ontario government picked public advocates of assisted suicide such as Maureen Taylor, Jocelyn Downie, and Arthur Schaefer, while others, said Hasbrouck, were “university bioethicists” with no experience treating the terminally ill. She said the federal external panel on euthanasia, on the other hand, was led by an advocate for the disabled and a palliative care doctor.

Chief among the objections to the recommendations is the absence of safeguards. The patient’s own consent becomes his or her main protection, with two doctors attesting beforehand that the patient requested euthanasia or assisted suicide voluntarily and while of sound mind.

“The whole problem has to do with consent,” said Larry Worthen of the Christian Medical and Dental Association, representing 1,700 doctors. For any other medical the doctor must believe it is good for the patient before they do it, but not this one. That means people who are depressed after being advised of a terminal illness or having suffered a disabling injury can kill themselves before they recover their will to live. “Doctors see it all the time,” said Worthen, and Hasbrouck agrees that suicidal thoughts frequently result from disabling injuries, but patients just as often recover their desire to will over time.

Because consent is the advisory group’s chief criterion, it recommends children judged mature enough to reach informed consent be allowed to get assisted suicide or euthanasia too, at whatever age. “The idea of an arbitrary age limit, and people suffering intolerably and waiting days, weeks or months to die because they haven’t reached that limit seems morally unacceptable,” said University of Manitoba ethicist Arthur Schaefer. Added Maureen Taylor, a physician assistant, “I could definitely see 12-year-olds having that capacity.”

According to Worthen, Hasbrouck, and Alex Schadenberg of the Euthanasia Prevention Coalition, the oversight process recommended by the advisory group is sadly inadequate, requiring the assisting physician to report, after the patient’s death, to a monitoring body which will review only a sample of cases, referring questionable ones to the College of Physicians and Surgeons for professional misconduct review.

“That review group should be able to refer to the police as a suspected homicide,” said Hasbrouck. “This asks doctors to examine other doctors’ conduct: a bit like asking the fox to guard the hen house.

All three critics agreed that post-death reporting is weak. The reports should go to the review body for approval before the patient is killed. Noted Schadenberg: the advisory group wants “ the physician who causes the death, to self-report the assisted death [but] will doctors self-report abuse of the law?”  Schadenberg added that the advisory group was a “stacked deck” whose members were mostly pro-euthanasia.

Hasbrouck added that audits of doctors’ conduct in the Netherlands and Belgium, with anonymity guaranteed the medical practitioners, revealed that widespread abuses of the regulations were not being “self-reported.”

Another recommendation is that doctors and other health professionals be protected from wrongful death or malpractice lawsuits from relatives or friends, indicating to Hasbrouck, “They are more concerned about protecting doctors than patients.”

But only doctors who provide euthanasia or assisted suicide, the CMDS’s Worthen told LifeSiteNews. Doctors who refuse as a matter of conscience are not protected so much. “My members are concerned because, while they aren’t required to do either assisted suicide or euthanasia if they have a conscientious objection, they are required to transfer responsibility to others who will do them. That means they are actually aiding and abetting in killing patients,” said Worthen. “Our members are adamant that it does not help people to kill them.”

The same applies to religious-based care facilities: they don’t have to provide euthanasia but they have to find another facility that will do them. “The institution is not required to directly participate in killing patients,” said Schadenberg, “but it is required to arrange for their patients to be killed in another institution.” Public care facilities, including palliative care hospices, the advisory group recommends, must do euthanasia and assisted suicide.

In order to get around all the doctors likely to refuse to co-operate, according to Hasbrouck, the advisory group also recommends allowing nurses and physicians’ assistants to provide aid in dying. “They want to broaden the pool,” she told LifeSiteNews.

Just like it wants no “arbitrary” age limit, the advisory committee wants no fixed waiting period (after a terminal diagnosis or disabling injury). Any doctor who is asked to extend a fatal hand will assess whether enough time has passed.

Worthen said, “The recommendations would undermine the basic values of our health system.  In fact, we will have a health care system with a dual ethic: one devoted to helping you live and the second offering death.”

Since assisted suicide and euthanasia are much cheaper ways to deal with terminally ill patients than palliative care, Worthen warned, both hospital administrators and politicians may prefer to encourage the quick death to lengthy care. “Already we hear reports from health insurers in Washington and Oregon who won’t approve an expensive cancer treatment but will pay for euthanasia.”