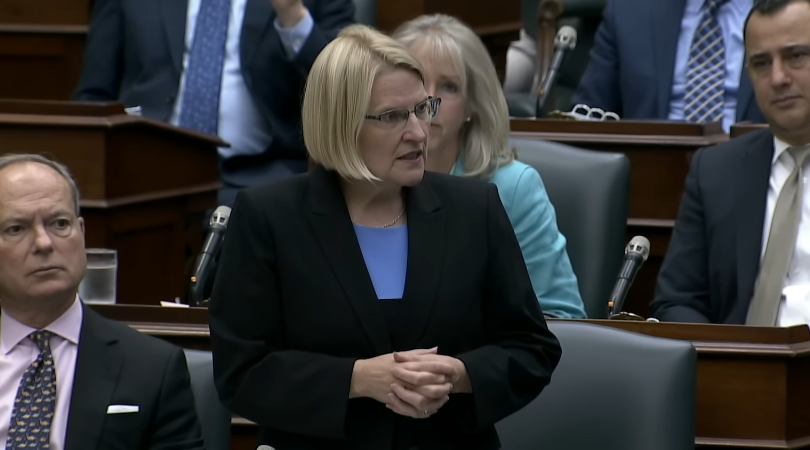 TORONTO (LifeSiteNews) – The minister of health of Ontario has rebuked calls for a province wide mask mandate, saying instead masking is a “personal choice.”

“Personal choice is important here,” said Ontario Minister of Health Sylvia Jones while speaking to reporters on Tuesday outside the province’s legislature.

“And we should not be passing judgment on people who wear a mask or not wear a mask,” she stressed, while herself wearing a mask.

During the daily legislative setting, Progressive Conservative Premier Doug Ford and most of his MPPs were maskless, while all the opposition MPPs from the left-wing Liberal Party and New Democratic Party (NDP) wore masks.

In her statement, Jones added that everyone should make “individual choices” with respect to masks, recommending people “take into consideration the size of the building, the size of the room.”

“Both the flu vaccine and the COVID shots are proven ineffective, yet the recommendation to get them continues. And this season, you’re expected to get both,” said Mercola.

This Monday, Ontario’s Chief Medical Officer Dr. Kieran Moore said he now recommends people go back to wearing masks, and even said parents should wear one around their kids if they are sick.

In recent days, public health officials in Canada and the United States have been ramping up fear on what they are dubbing a “tripledemic” of COVID, flu, and respiratory syncytial virus (RSV).

In Ontario, a surge in children visiting hospitals has occurred, however, the reality is that similar surges are taking place in every Canadian province, and many experts have pointed to government lockdowns  – which in Canada included lengthy school closures – which prevented kids’ from interacting with others and has thereby weakened their immune systems.

Another possible contributing factor to the uptick in childhood hospitalizations in Canada is the months-long, nationwide shortage of pediatric pain and fever medication.

Prime Minister Justin Trudeau’s federal government finally announced Monday it has secured a “foreign supply” of the useful medications, but only after significant pressure to take action from the Conservative Party of Canada (CPC).

Despite the other explanations for the current rise in respiratory illnesses, some universities in Ontario, such as Wilfrid Laurier University, have implemented mask mandates, which have been creatively challenged by some students.