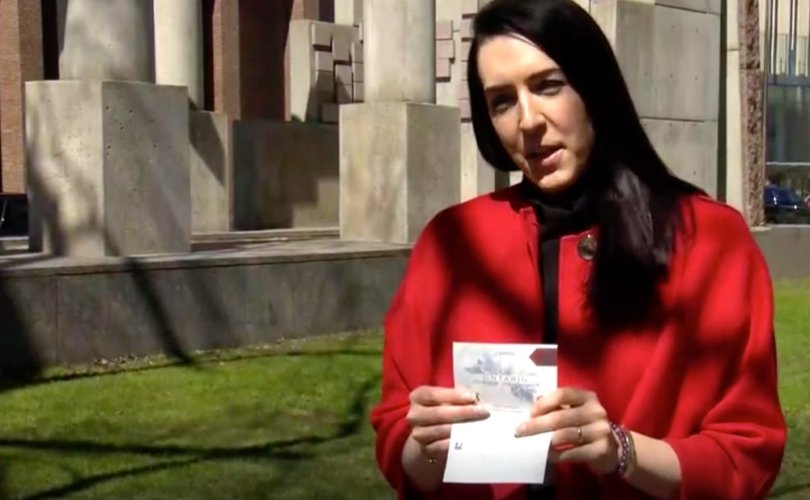 ONTARIO, May 8, 2018 (LifeSiteNews) – A biological male who identifies as neither male nor female has received Ontario’s first birth certificate with an “X” designation in place of his biological sex.

Joshua M. Ferguson is a Vancouver-based filmmaker who says he considers himself “non-binary” because he is biologically male but grew up with more feminine features. Last year he applied to Service Ontario for a “non-binary” birth certificate, filed a human rights complaint when he was rejected, and has finally gotten his wish, CTV News reports.

The move follows new guidelines Ontario adopted last year allowing certificates to display “X,” which stands for “Trans, Non-Binary, Two-Spirit, and Binary people and people who don’t want to disclose their gender identity,” in place of the customary initials for male or female. Service Ontario also offers “non-binary” health cards, and allows residents to change the gender on their birth certificates or drivers licenses as well, without providing any supporting documentation.

“Ontario’s new policy will save lives in the trans community,” Ferguson claimed Monday, celebrating the news. “A birth certificate is the most vital form of ID for personhood. Being officially counted and recognized is empowering.”

But pro-family advocates argue that indulging transgender ideology is not only unnecessary, but harmful. They point out that Gender Identity Disorder is a “mental illness” and that a new category of humans should not be fabricated based on “sexual disorientation.”

The American Psychological Association recognizes gender dysphoria as a psychological disorder, and a variety of material has found evidence of significant emotional problems among the transgender population, including among those whose desires are supported.

Last fall, a University of Cambridge report found that 96% of trans students in Scotland attempted self-harm through actions such as cutting themselves, and 40% attempted suicide. 40% in the United States have attempted suicide, as well, according to a 2016 survey from the National Center for Transgender Equality (NCTE). According to a 2011 study out of Sweden, trans people remain 19 times more likely to commit suicide than the general population, even after sex-reassignment surgery.

Alberta and British Columbia have embraced “non-binary” identification documents, as well. In August, the Trudeau government began allowing Canadians to choose “X” for their gender on passports.