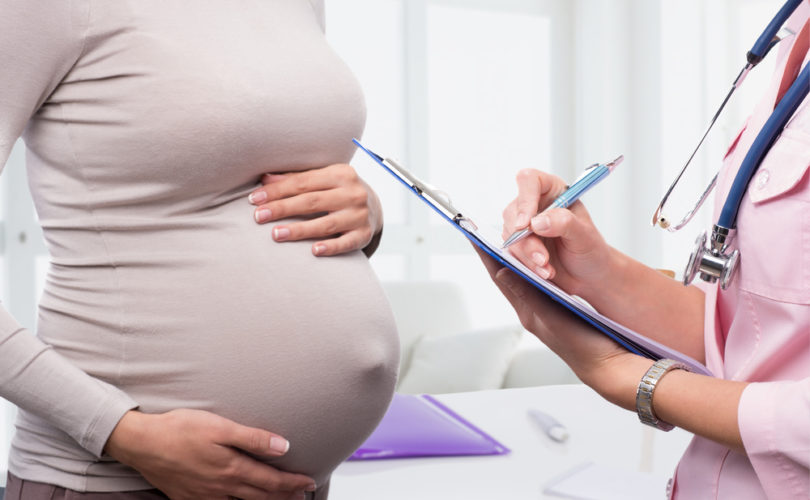 TORONTO, November 13, 2017 (LifeSiteNews) — Leadership of the Association of Ontario Midwives is lobbying the Liberal government to change provincial laws so midwives can kill babies in utero as well as delivering them.

The idea has been on the association’s “radar” since the AOM was consulted by the attorney general’s office and health ministry on the Liberal bill banning pro-life witness outside abortion centers, Brandeis said.

The 800-member Association of Ontario Midwives has a “pro-choice position,” she said.

“We believe very strongly that reproductive rights, including a spectrum of choices around birthing, also encompass safe access to abortion care.”

And midwives all across Canada, not just in Ontario, want to be able to kill babies in utero, according to the CBC, which also gave Brandeis a platform on its national morning news show.

Katrina Kilroy, president of the Canadian Association of Midwives, said  midwives already have the knowledge base to do medical abortions and could be trained to do vacuum aspirator abortions.

“This is not a contentious issue in the midwifery community,” she told CBC.

But that’s simply not true, says Canadian Midwives for Life.

“The only conceivable reason that abortion was not considered a contentious issue in midwifery is because those who have an objection have felt silenced,” CML said in a statement to LifeSiteNews.

“There are many pro-life midwives who will feel their conscience rights threatened if abortion is added to their scope of practice,” it stated. “The difference of ideologies among midwives will likely never reach consensus, but for true respect and safety it needs to be acknowledged.”

And the data show a wide divergence of views, CML stated.

According to a 2011 study of Ontario midwives and abortion published in the Canadian Journal of Midwifery Research and Practice in 2017, a significant majority either opposed or were ambivalent about adding abortion to their scope of practice: 32 percent disagreed, 31 percent were unsure, and 37 percent agreed.

Moreover, 53 percent disagreed abortion is acceptable at any point in pregnancy, 24 percent were unsure, and 23 percent agreed.

Fifty-one percent agreed that it would be “emotionally difficult” to provide abortion “services;” 24 percent had “moral objections” to doing so, and 14 percent opposed abortion.

No Canadian midwives, who number more than 1,500, are allowed to do abortions, the CBC reported.

They are licensed to provide care during pregnancy, labour and birth, and postnatal care of up to six weeks. Midwives are governed by provincial statutes and regulatory colleges.

Ontario Health Minister Eric Hoskins told the CBC that his ministry is working with the midwives’ association to expand their scope of practice, including providing laboratory tests and prescribing more drugs.

But the ministry is “not currently considering expanding the scope to include abortion services,” which would require amending the Midwifery Act, he said.

“This would require a significant amount of work, and although we are open to all discussions, it's not currently an activity that the ministry is undertaking,” Hoskins said.

“We continue to work with our partners and remain in ongoing dialogue.”

But less than a week after Hoskins made his remarks, Health Canada announced drastic reductions in standards governing medical abortions.

It nixed the requirement that doctors must dispense the abortion drug and so pharmacists can now provide medical abortions.

It also dropped mandatory training for those who will be giving out the abortion pill and increased the limit for medical abortions from seven weeks’ gestation to nine.

AMO’s Juana Berinstein told the committee during public hearings, on Bill 163, the abortion “bubble zone” law, that “(l)everaging midwives as abortion care providers in Ontario is close on the horizon.”

While midwives “do not currently provide abortion services in Ontario, we are working to change that,” Berinstein said.

The College of Midwives of Ontario supports this, and the AMO recently signed a “new funding agreement” with the health ministry “that includes the creation of a funding stream for expanded midwifery care models which can include abortion care.”

The government “already funds 90 midwifery clinics across Ontario, including in many rural and remote communities where abortion services may not currently be accessible close to home,” Berinstein told the committee.

Brandeis told the CBC that midwives could prop up a “fragile” abortion “system” by being the go-to people in rural areas where access to abortion is limited.

Offer help for both mother and baby

But Canadian Midwives for Life says midwives regard both mother and child as their clients, and are in a unique position to help pregnant women in difficult circumstances.

“As midwives, we have the time, relationship and resources to respond to a woman considering abortion with questions, compassion, and real support,” it stated.

“We will be seriously failing these women and their children if we don’t consider a request for abortion as a concern, but simply a health service for well women and well babies.”

The “pro-life view is not about shaming women or condemning abortion providers; it’s about believing that every human life has dignity and a right to live,” CML said.

“This move of disregarding the health and life of the child will cast an entirely different light on ‘holistic’ midwifery care, removing the baby from the ‘whole.’”

The AMO did not respond to LifeSite’s requests for comment.

“Given that pro-abortion midwives and the abortion industry is lobbying hard for this with the support of the ‘fake news’ media, it’s important that pro-lifers to write Minister Hoskins and encourage him to stay the course and not open up abortion to midwives,” says Jack Fonseca, senior political strategist with Campaign Life Coalition.

“We don’t need to make it easier to kill children or increase the risk of maternal death.”

To send a copy of your letter to your own MPP, you can find addresses here.