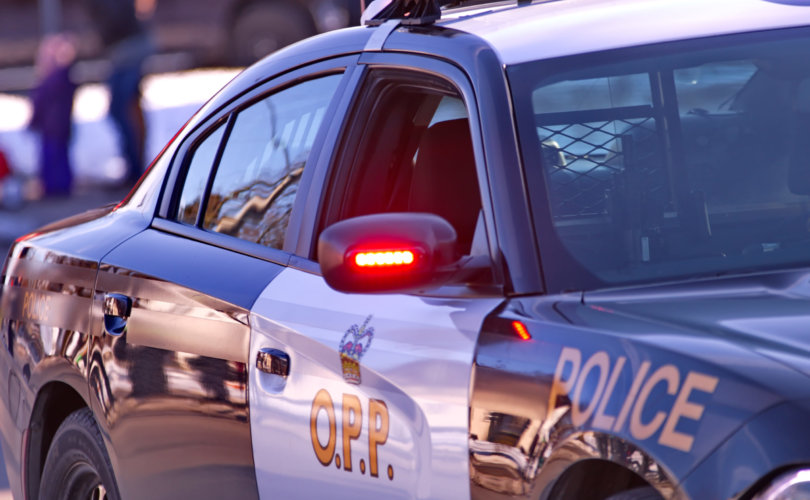 SIMCOE, Ontario, January 15, 2021 (LifeSiteNews) – An Ontario mother is facing charges under the province’s COVID-19 lockdown rules because she left her kids at their grandparents’ house so that she could go to the store to get groceries.

According to a NorfolkToday report that was updated yesterday with new information, a 34-year-old mom from Simcoe, Ontario, was allegedly charged by police under the Reopening Ontario Act, which bans in-person gatherings. Also charged was the 58-year-old owner of the home, which is located in Norfolk County.

The NorfolkToday report says that police received a call stating that there were people seen gathering in a residence last Saturday, and as a result, stopped a car that was seen leaving the home in question. Charges soon followed.

By looking through “comments on Facebook,” the NorfolkToday report claims that they were able to locate the woman, who said she was leaving the house after picking up her young kids following a grocery and errand run. The report says the woman asked not to be named.

The NorfolkToday report stated that the woman told them she has taken time off her job to help with “virtual learning.” Due to her “significant other's” work schedule, she has been leaving her kids with their grandparents to “run to the store and get items for the family.”

According to the NorfolkToday report, the fined mom claimed that her youngest child grabs things in stores and it would be safer for all if her kids were to be under someone’s care while she shopped.

The Ontario Provincial Police (OPP) detachment for Norfolk County would not provide a comment or details regarding the charges levied against the mom, according to the Norfolktoday report, which stated that the woman said she will fight the charges.

Premier of Ontario Doug Ford announced a province-wide lockdown that began December 26 and banned all in-person gatherings.
On Thursday, Ontario introduced new lockdown measures that effectively place the province  under a state of near-total lockdown.

In addition to declaring a second state of emergency, an order was issued that requires everyone to stay at home unless they are out to purchase food or for other essential purposes, such as outdoor exercise or going to visit a health care facility.

The new rules came into effect Thursday and ordered all non-essential stores to be closed by 8 p.m.

Ontario’s stay-at-home order has many exemptions that allow one to leave their place of residence, including to obtain or provide childcare, as well as to shop for food or essential items, including ones “that are necessary for the health or safety of an individual.”

The order also allows for one to do “anything that is necessary to respond to or avoid an imminent risk to the health or safety of an individual.”

The December 26 COVID-19 lockdown rules, which banned in-person gatherings,  would most likely have applied to the mom's charges, as the new stay-at-home rules did not come into effect until yesterday, which was after she was charged.

While there has been a lot of confusion surrounding Ontario’s new stay-at-home order, a news release from Toronto Police clarified that the new order does not allow officers to stop people without cause or enter one’s home.

“No element of any order provides the police with either the power to enter dwellings nor the authority to stop a vehicle for the singular purpose of checking compliance with the Stay-At-Home order,” the Toronto Police news release stated.

Additionally, Toronto Police clarified that “individuals are not compelled to explain why they are out of their residence, nor is being outside prima facie evidence of a failure to comply with the stay-at-home order.”

“Workers are also not required to have proof from their employer that they are traveling to or from their workplace,” said the order.
Many have been critical of Ford’s new stay-at-home order and have blasted lockdowns as causing more harm than good.

Dr. Gil Nimni, a York, Ontario emergency room (ER) ,doctor recently said lockdowns that send people into “financial ruin” are not the “answer” to the COVID-19 crisis, and that he shakes “his head” at his co-workers who go on social media “ranting” about a full emergency room.

Today, York Centre MPP Roman Baber was kicked out of the Ontario Progressive Conservative Party (PC) caucus for blasting Ford’s lockdown in a letter titled “the lockdown is deadlier than COVID.”

In his letter to Ford, Baber stated, “The medicine is killing the patient,” going onto say that the “lockdown isn’t working.”
“It’s causing an avalanche of suicides, overdoses, bankruptcies, divorces and takes an immense toll on our children. … Dozens of leading doctors implored you to end the lockdowns.”

In a statement, Ford said Baber’s comments “are irresponsible” and that Baber was spreading “misinformation,” and putting “people’s lives at risk.”