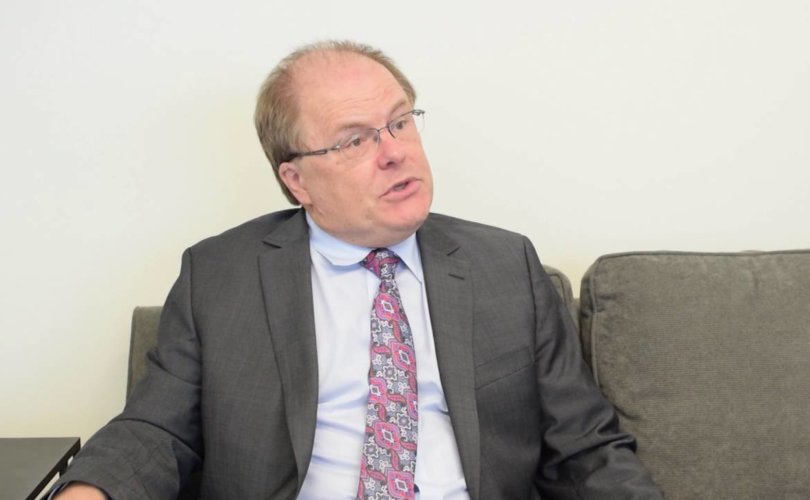 TORONTO, February 13, 2017 (LifeSiteNews) – A Calgary conscience rights group has joined Ontario Christian doctors in fighting a requirement that they refer patients for euthanasia and abortion — and perform both procedures in emergencies.

The Justice Centre for Constitutional Freedoms (JCCF) was granted intervenor status in a legal action launched by five Ontario Christian doctors, the Christian Medical and Dental Society of Canada (CMDS), and other doctors’ groups.

Their target is the College of Physicians and Surgeons of Ontario, which controls the profession with the power to licence and de-licence doctors. In June, the Christian doctors will go to court in an attempt to have two new college policies ruled unconstitutional.

The first policy, according to CMDS executive director Larry Worthen, requires doctors whose consciences prevent them from performing a procedure to provide an “effective referral” to another doctor who will do it.

The second requires the same protections specifically with euthanasia and assisted suicide.

The College of Physicians and Surgeon’s policy becomes even more morally problematic in an emergency. If there is no other doctor available, the objecting doctor objection must do it anyway, even if it is an abortion.

“Our members can’t do an effective referral,” Worthen told LifeSiteNews. An “effective referral” is what a doctor provides when he believes a treatment is required but cannot do it himself. But Worthen’s members do not believe that assisted suicide, euthanasia or abortion are morally or medically justified.

As for doing these procedures in emergencies, “There is no definition of emergency,” Worthen pointed out.

The CMDS will focus on how the college’s requirements violate provisions in the Constitution and the Charter of Rights and Freedoms protecting freedom of conscience. However, The Justice Centre will take a different tack.

John Carpay, director of the JCCF, said his group will attack the college’s basic premise that Canadians have a right to a specific treatment.

“We make the point that there is therefore no Charter right to healthcare” in general, nor any specific treatment, “including MAID,” Carpay stated.

“Further,” he added. “There is no right, Charter or otherwise, to demand that an individual doctor perform or provide an effective referral for a specific medical procedure or service that violates that doctor’s conscientious or religious beliefs.”

Other intervenors on the Christian doctors’ side include the Ontario Catholic Bishops Conference and the Evangelical Fellowship of Canada.

Seven other provinces have adopted ethical guidelines for euthanasia and assisted suicide that respect doctors’ freedom of conscience. Worthen said this should carry weight in court because it will undermine the defence expected from the college. It will contend its policy was the only one available to it to protect patients wanting so-called “medical assistance in dying” or abortion.